By UncontainedLife on December 28, 2018 in Blog, Destinations, Europe

Hiking in Costa Brava, Spain offers even the busiest travelers the chance to get out into nature…

After our fast-paced Morocco adventure, we decided (needed) to slow down and make camp in the quiet, seaside town of Sant Feliu de Guixoles in northeastern Spain. Thanks to the fact that it was shoulder season (we love shoulder season travel!), we were able to find the perfect apartment overlooking the main promenade. All we had to do was walk out our front door, walk half a block to the beachfront, and turn left onto one of the most stunning coastal hiking paths. 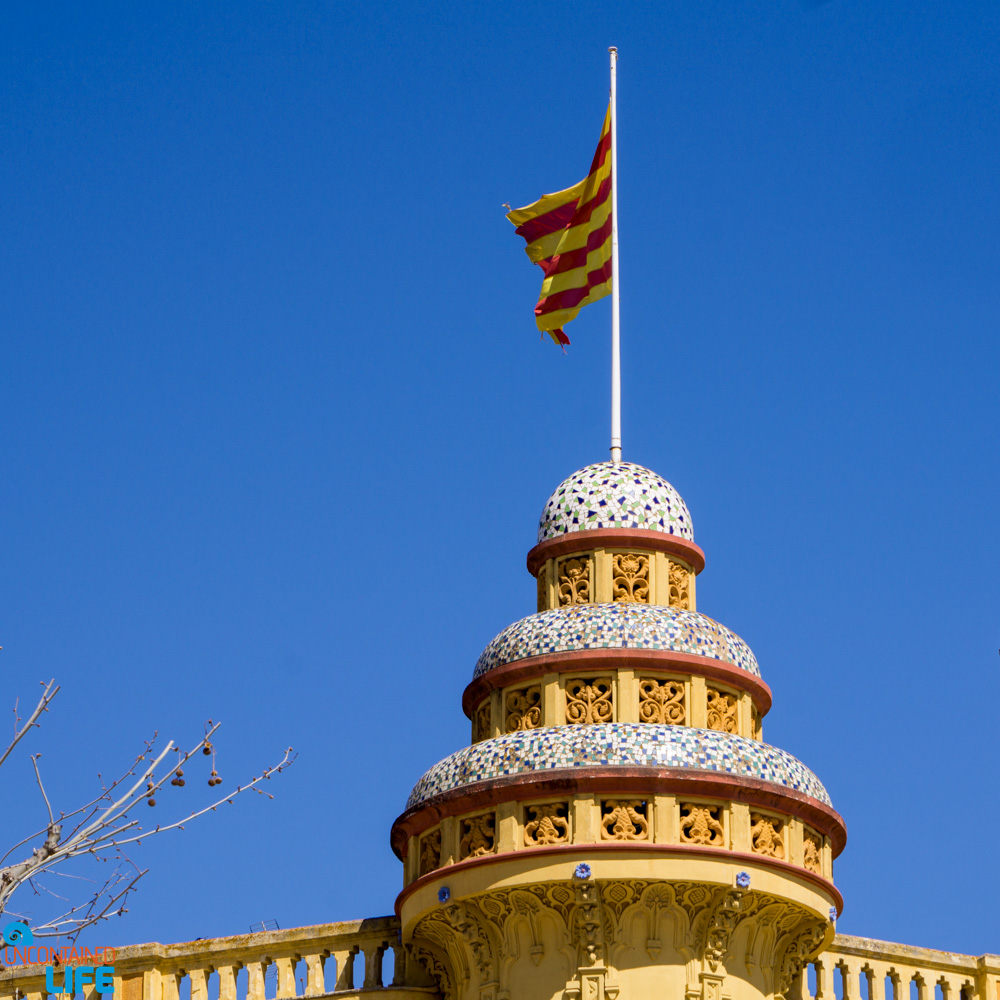 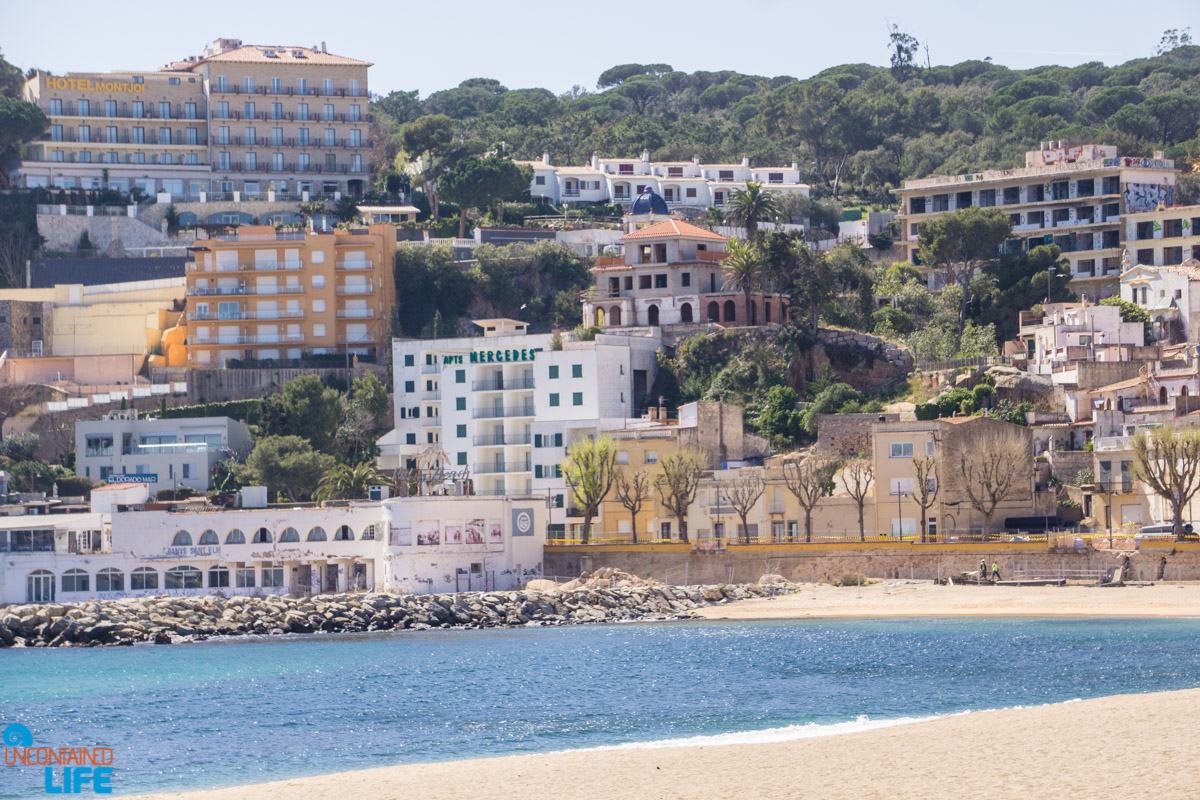 Now, Spain is not exactly lacking when it comes to hiking trails. Most people have heard of the Camino de Santiago, or Way of Saint James, which leads to the Cathedral of Santiago de Compostela in Galicia, said to house the remains of Saint James the apostle. The route near our abode is no less impressive: the Costa Brava GR92 which traces the Catalan coast. The trail, which runs 124 miles (200 kilometers) begins at the French border city of Portbou and ends inland from the Balearic Sea in the 13th century town of Uldecona. The short section we walked was an easy hike between Sant Feliu de Guixols and S’ Agaró. 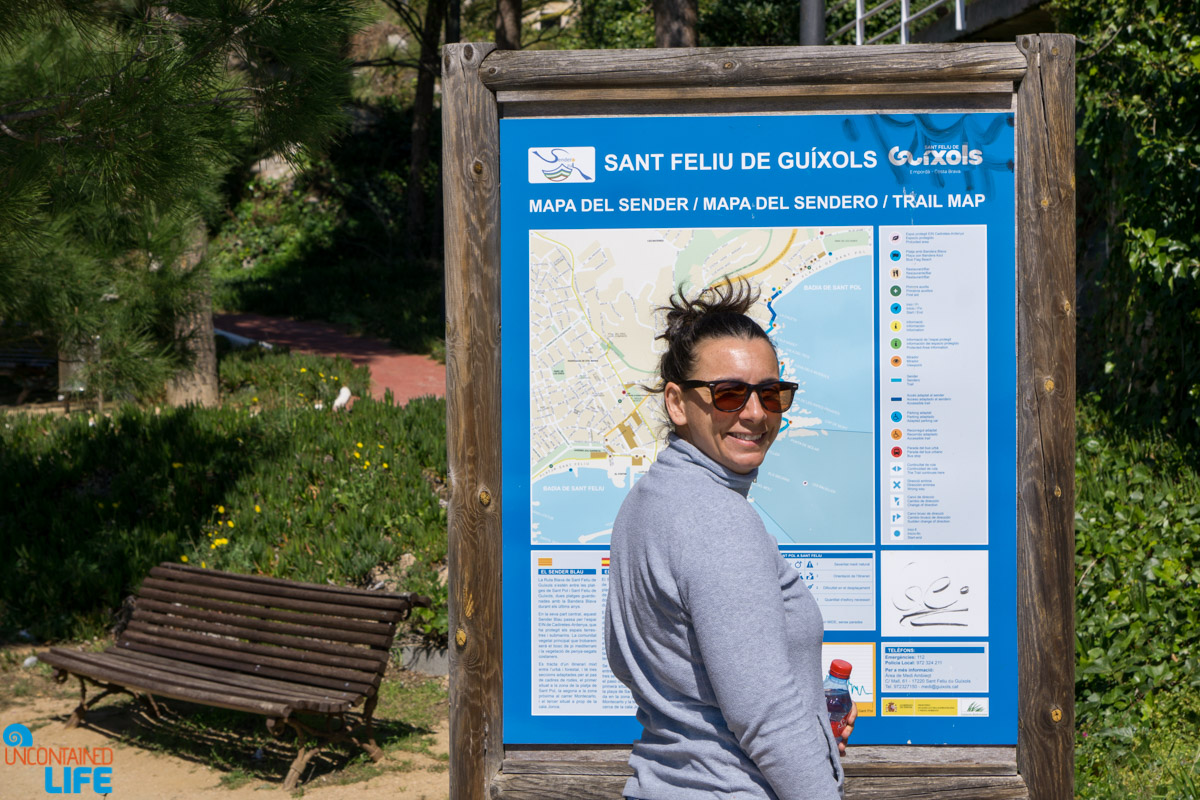 The trail begins with a short climb up a staircase to the top of a cliff. If we had only gone that far, it would have been enough because the view is spectacular! The clear blue water bashes against the rock formations and cliff’s edge. Seagulls make their nests in the trees protruding from the side of the rock face. Fishing vessels, surrounded by scavenger birds hoping for scraps, anchor in the distance. 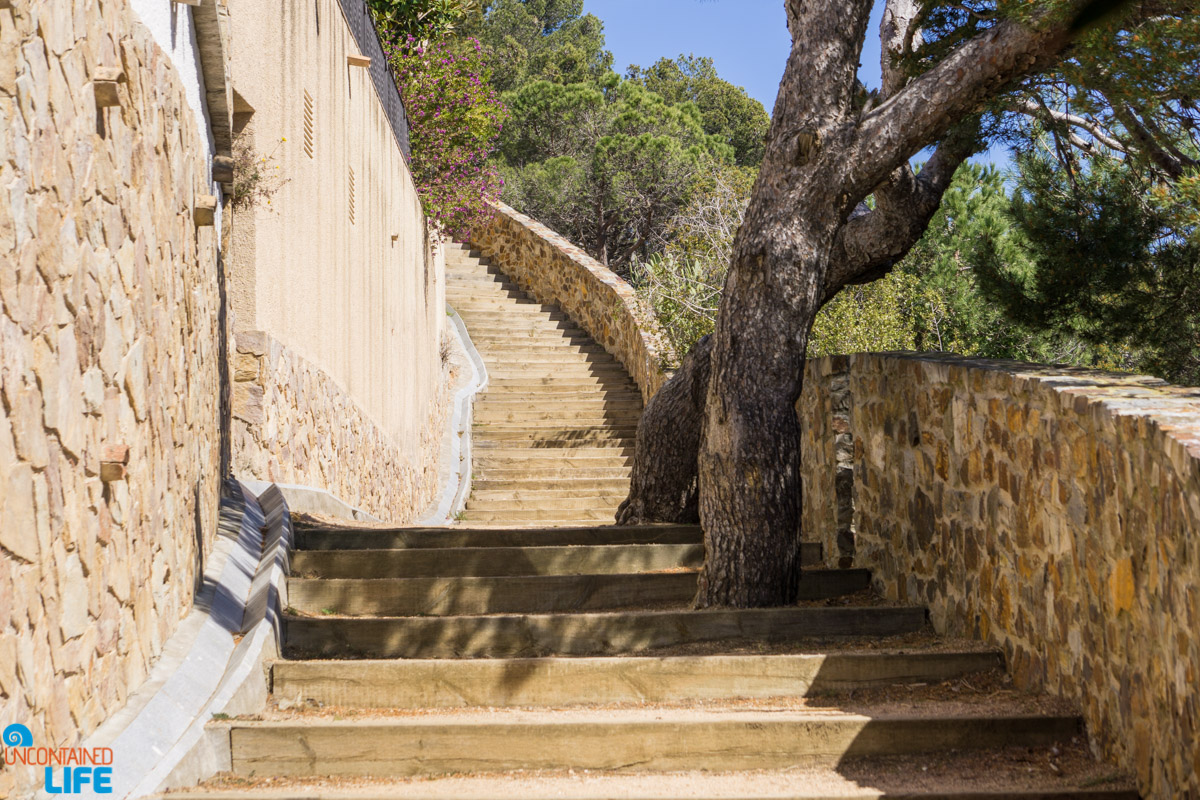 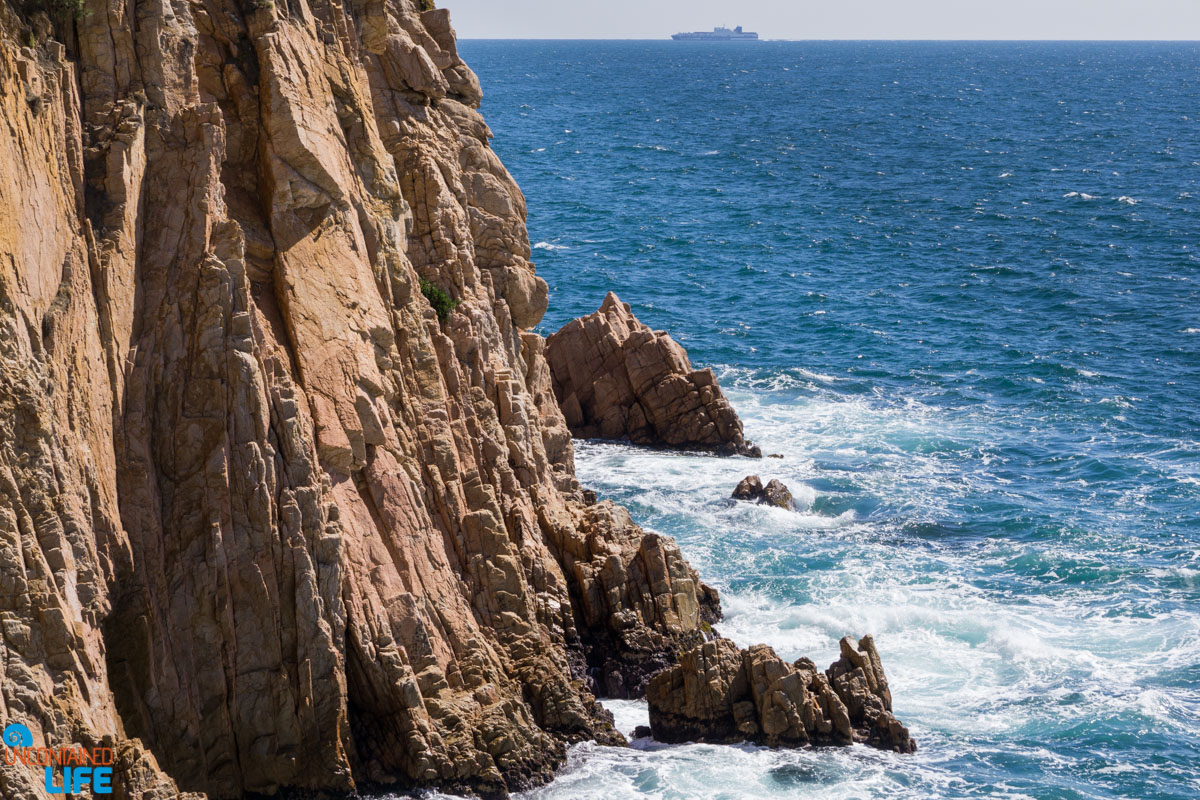 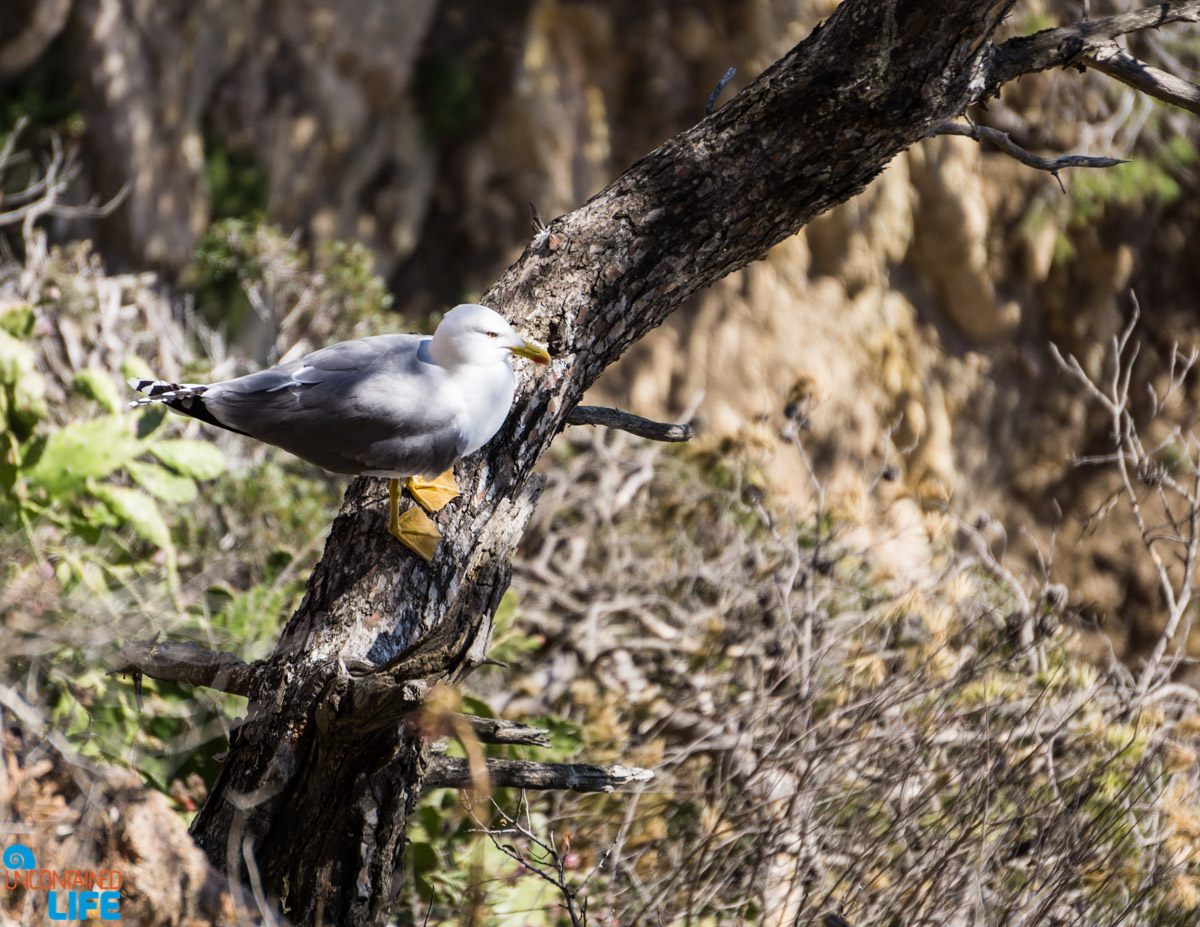 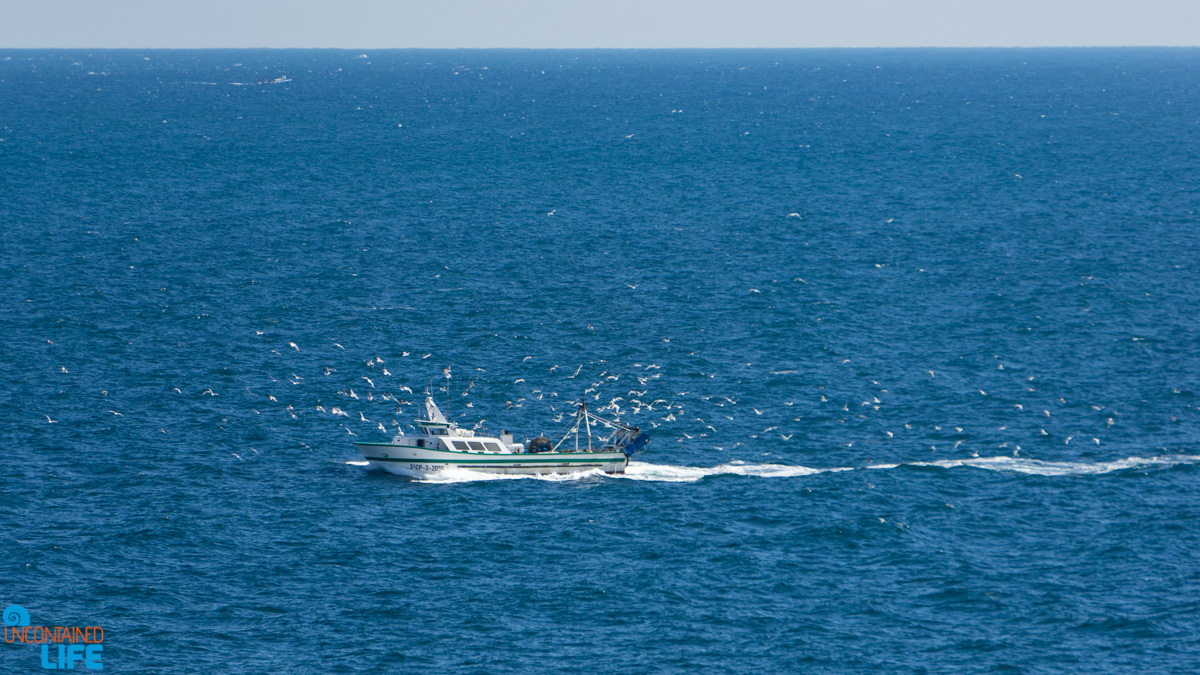 We continued along the cliff’s edge until we reached the Via Ferrada de la Cala del Moli where, for a small fee, you can rent a climbing harness (in town) and follow a cabled route while climbing above the crashing waves of the ocean. Warning: Don’t attempt this route without the proper equipment! 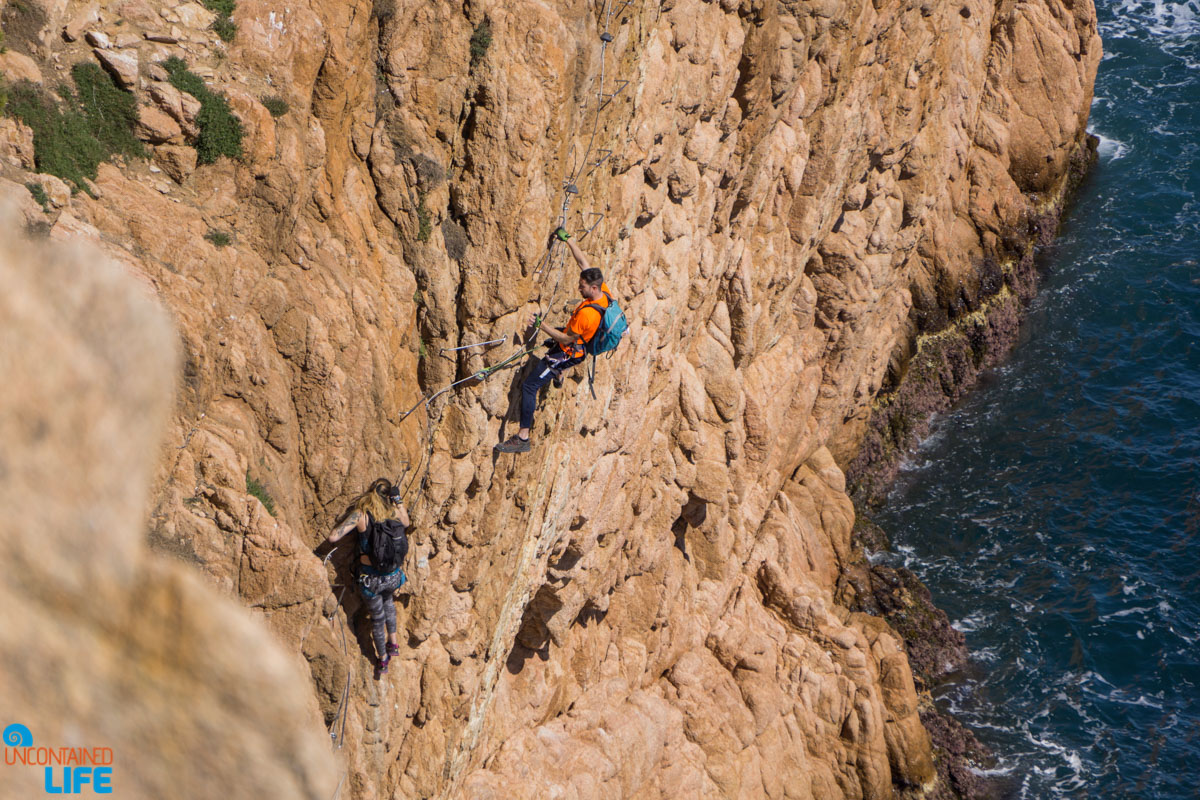 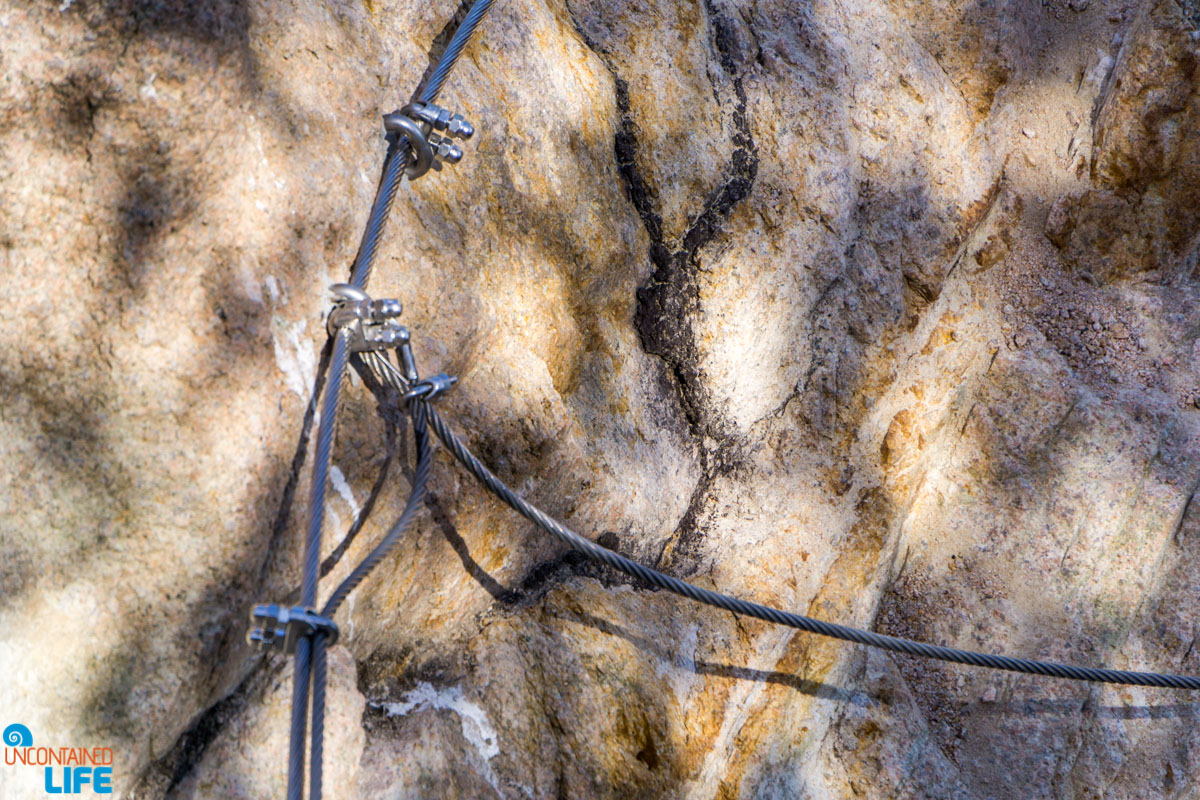 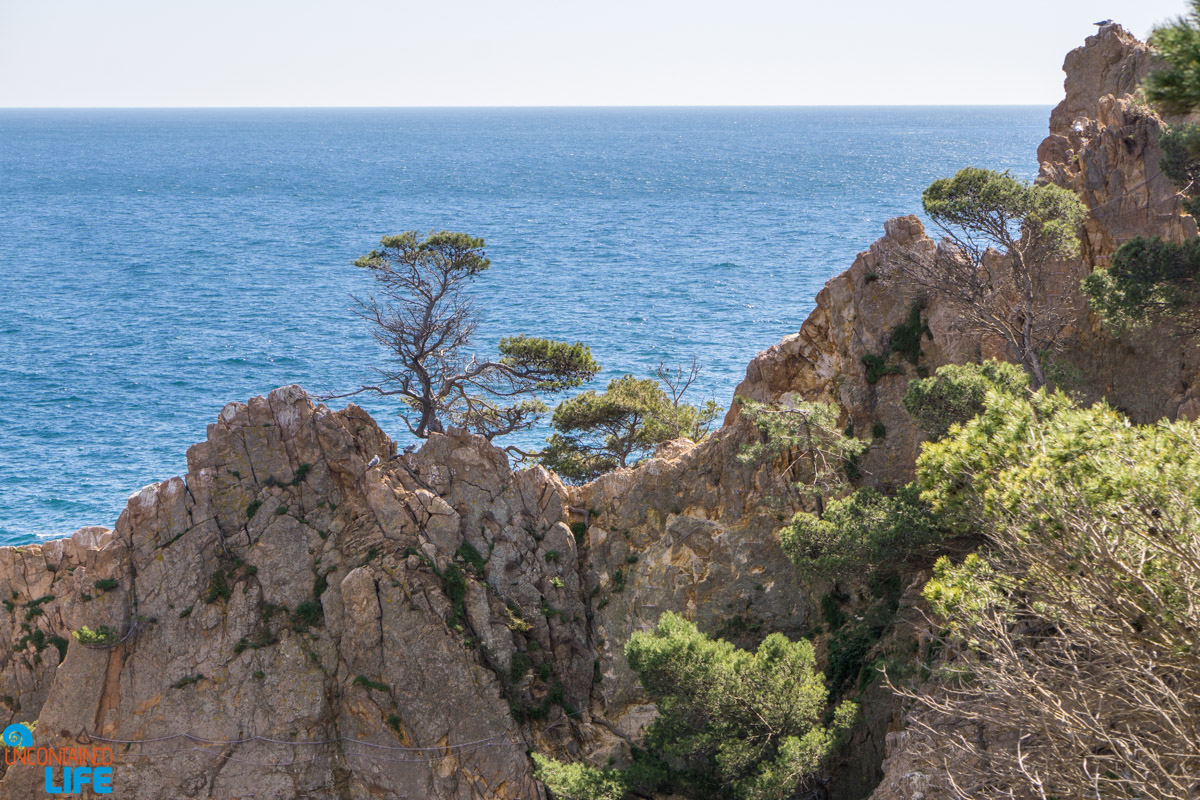 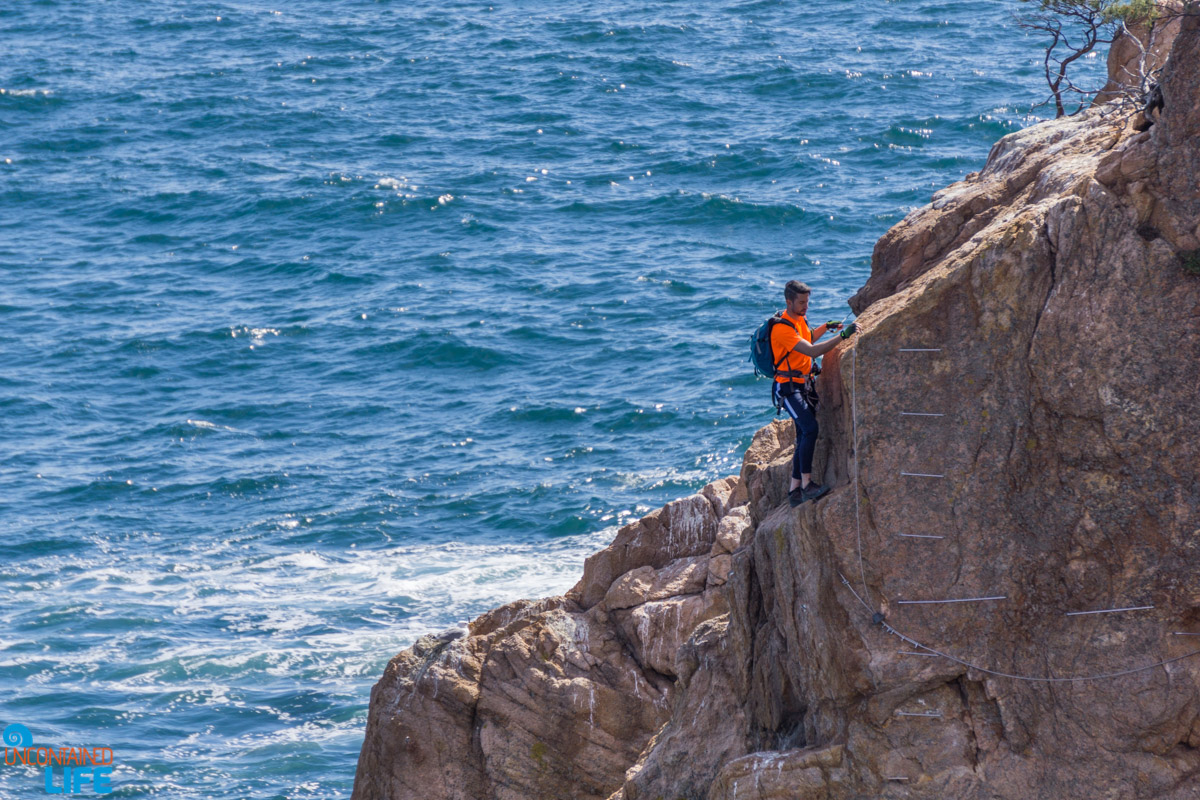 Next, we entered a forest of pine and cypress trees as well as many other botanical beauties: delicate purple flowers, ripening berries, and springtime vegetation. 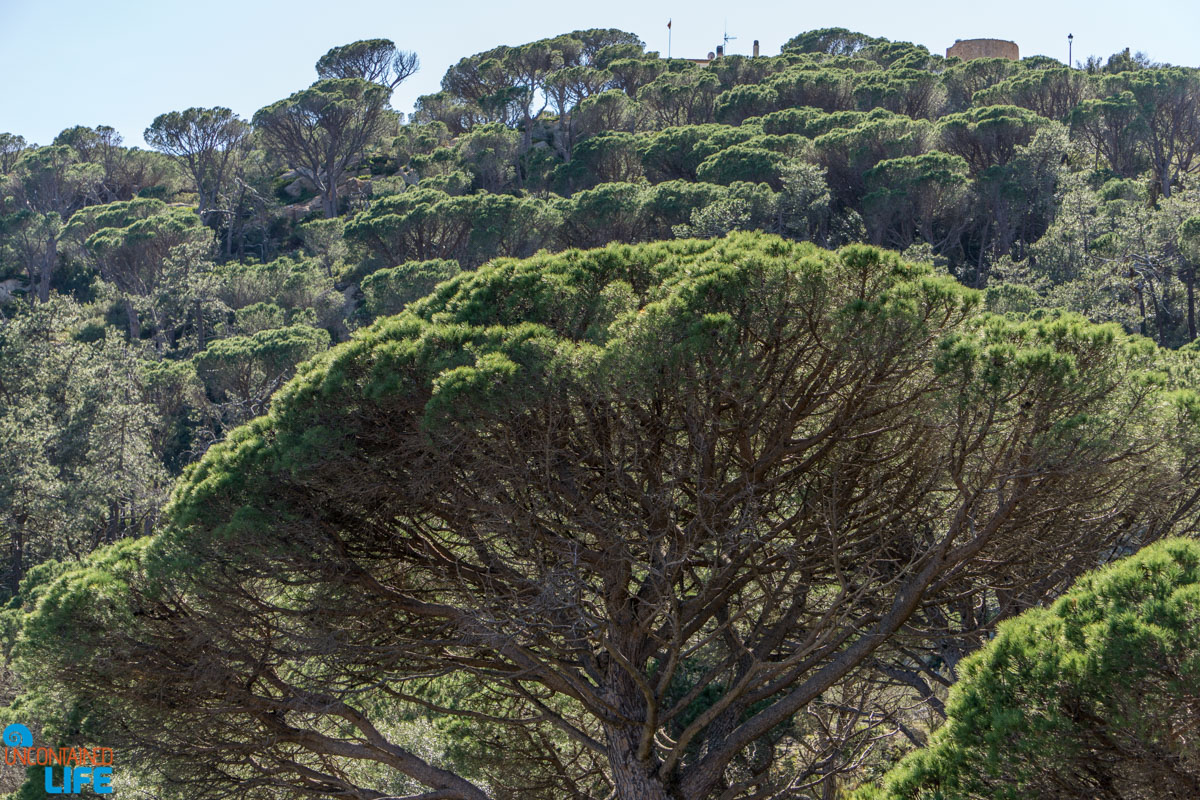 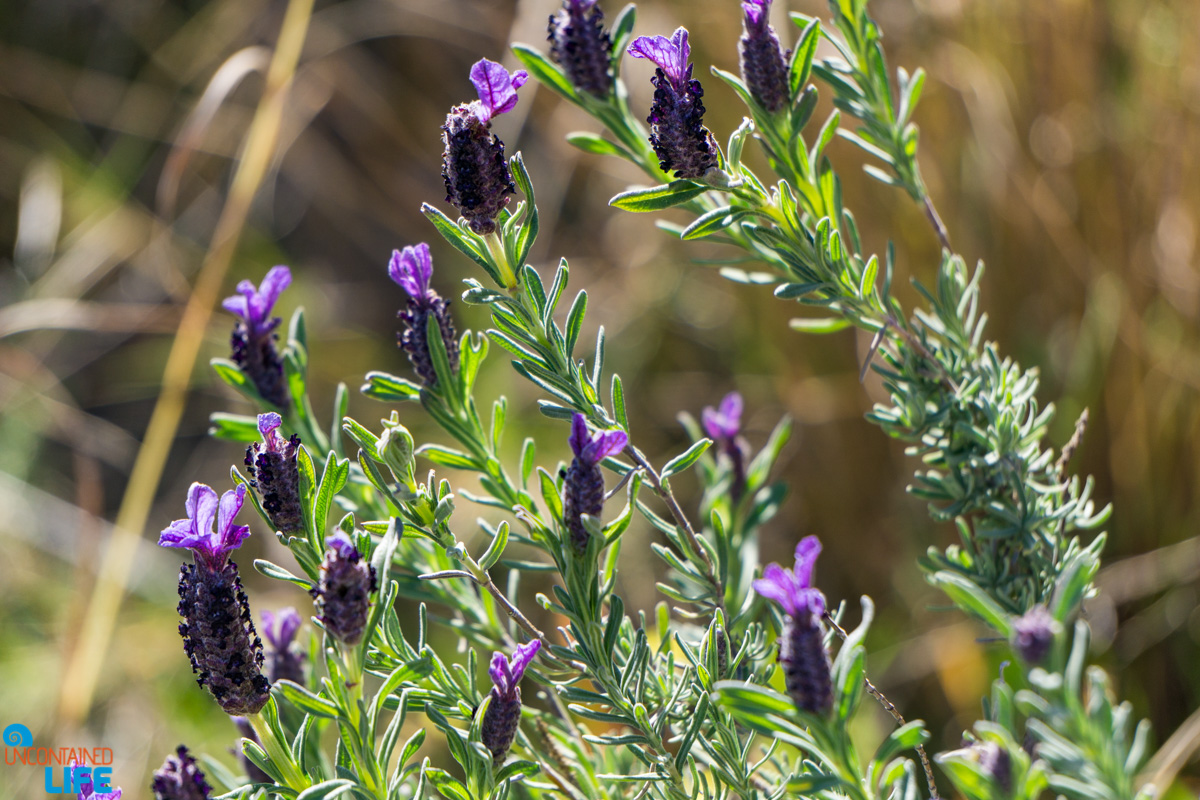 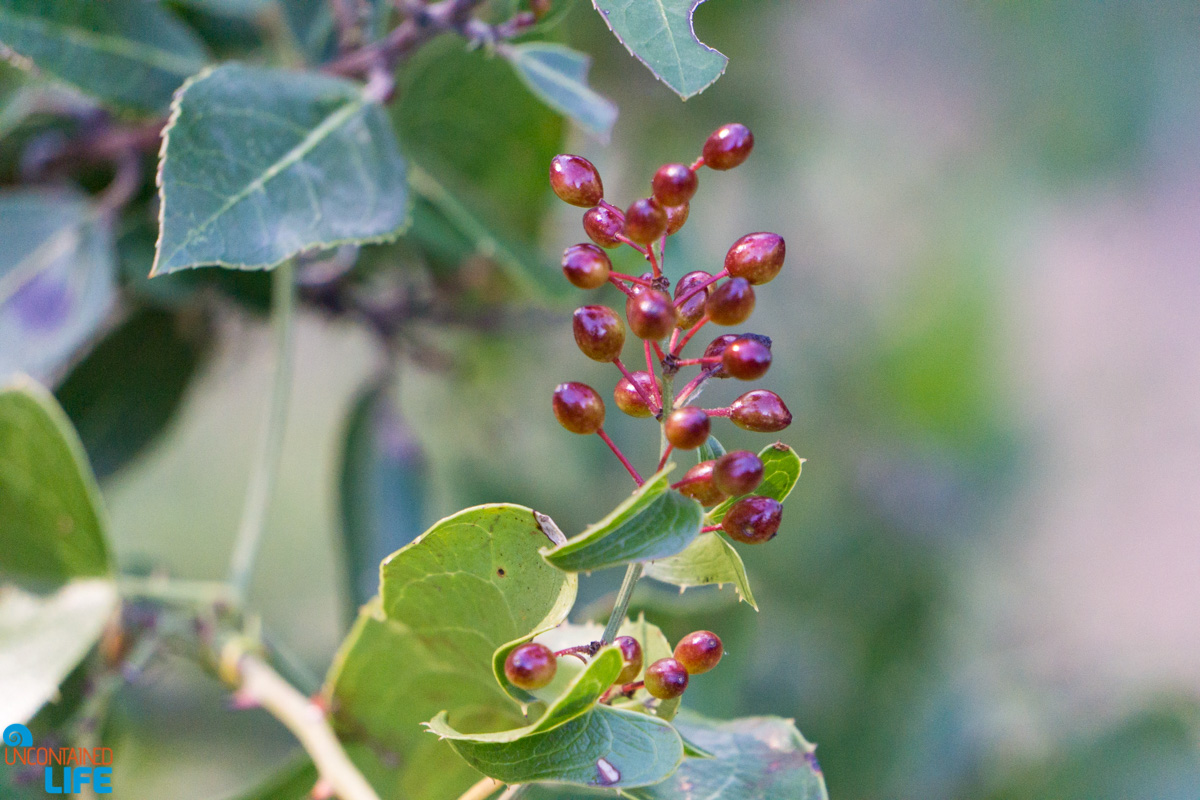 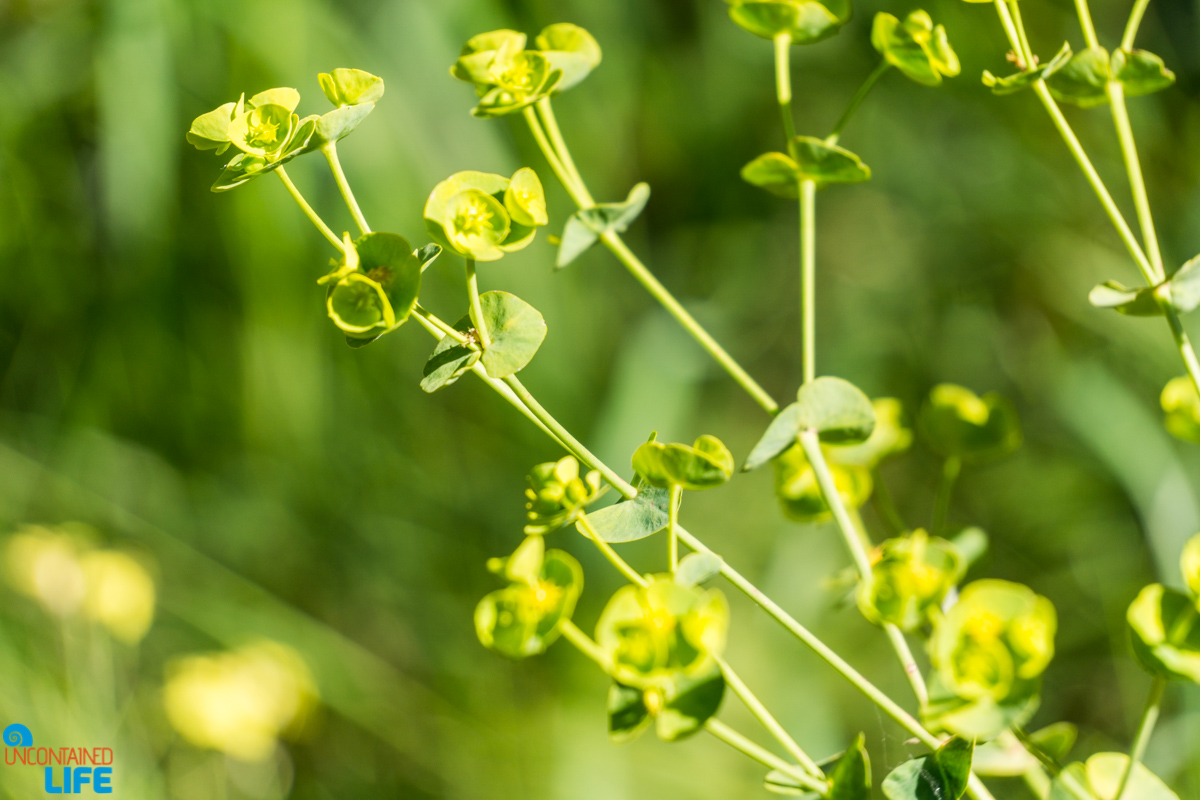 The contrast between the lush flora and fauna and the stark, uniquely shaped rock formations is a large part of what makes hiking in Costa Brava, along the coast, so awe-inspiring. At any given time a town is only minutes away, but it feels as if civilization is miles away. Not to mention, the sounds of the wind rustling the branches, the various birds calls, and the metronomic chaos of the ocean’s persistent battle with the land is a symphony to soothe the soul. 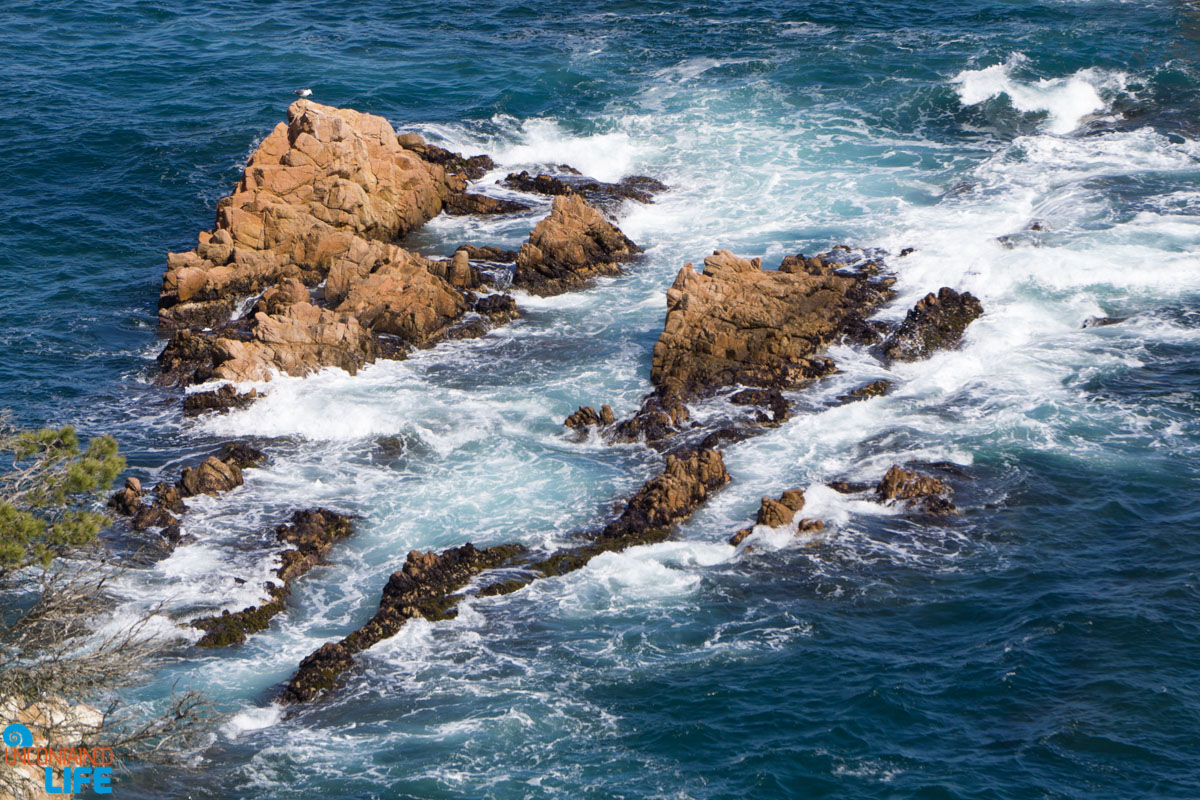 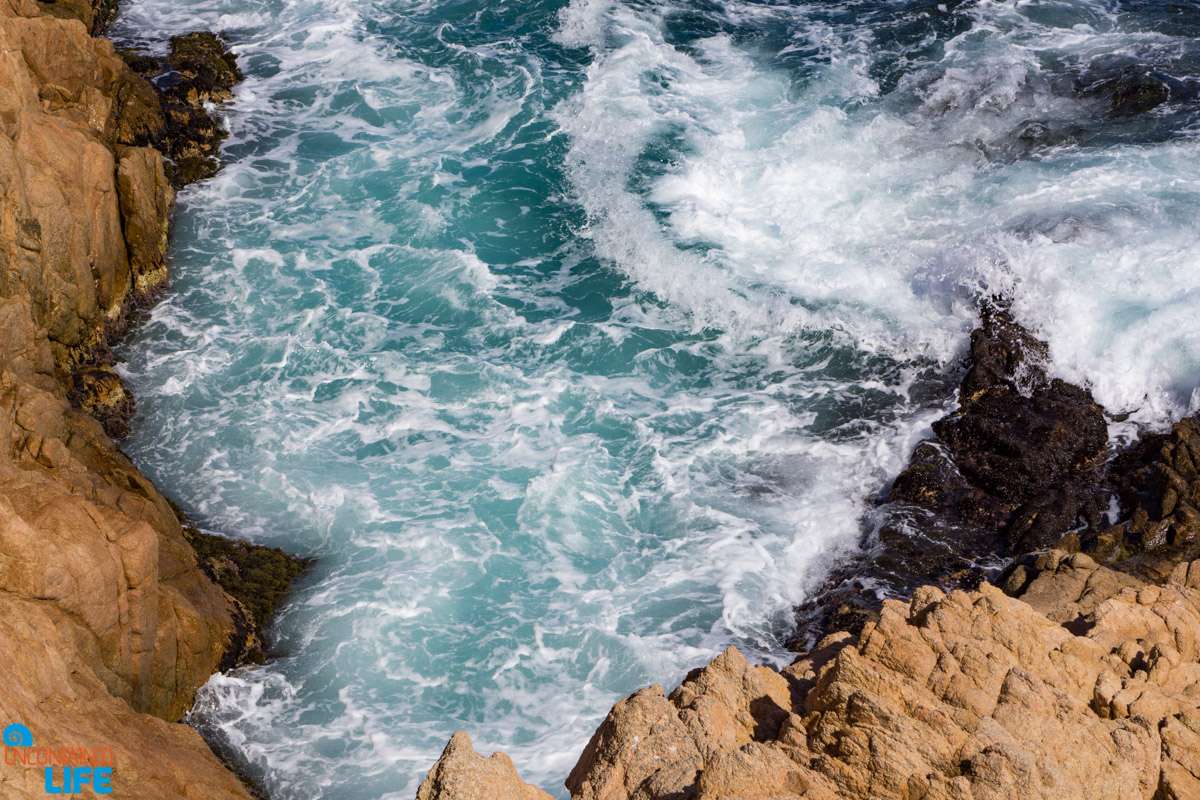 After passing a sandstone peninsula dotted with innumerable sea birds, we finally reached our goal: the top of Punta del Molar. 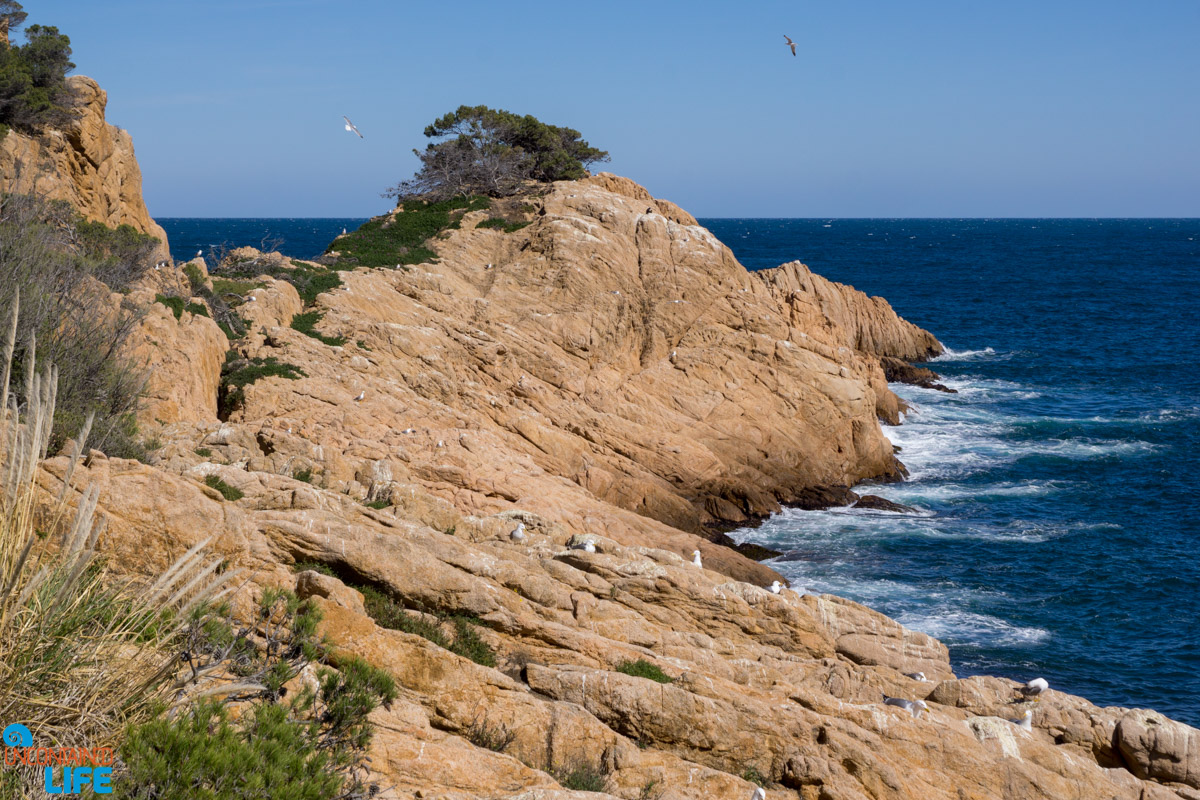 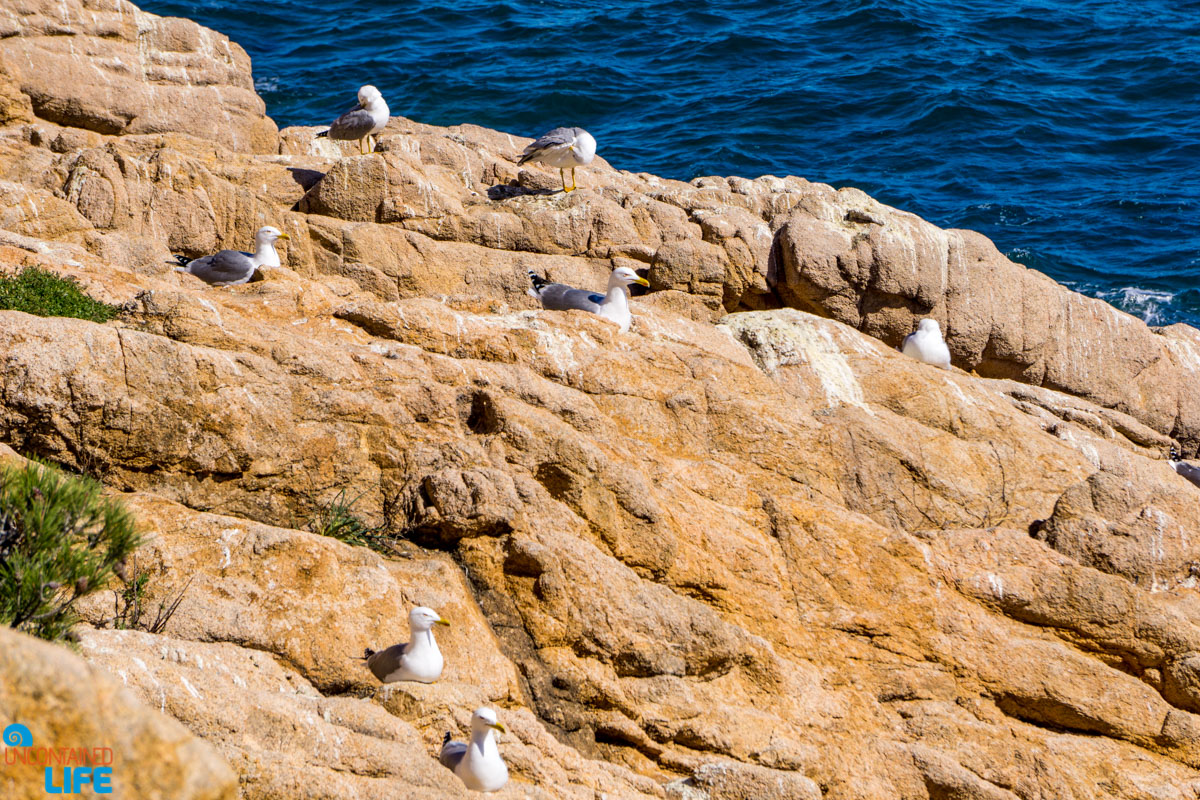 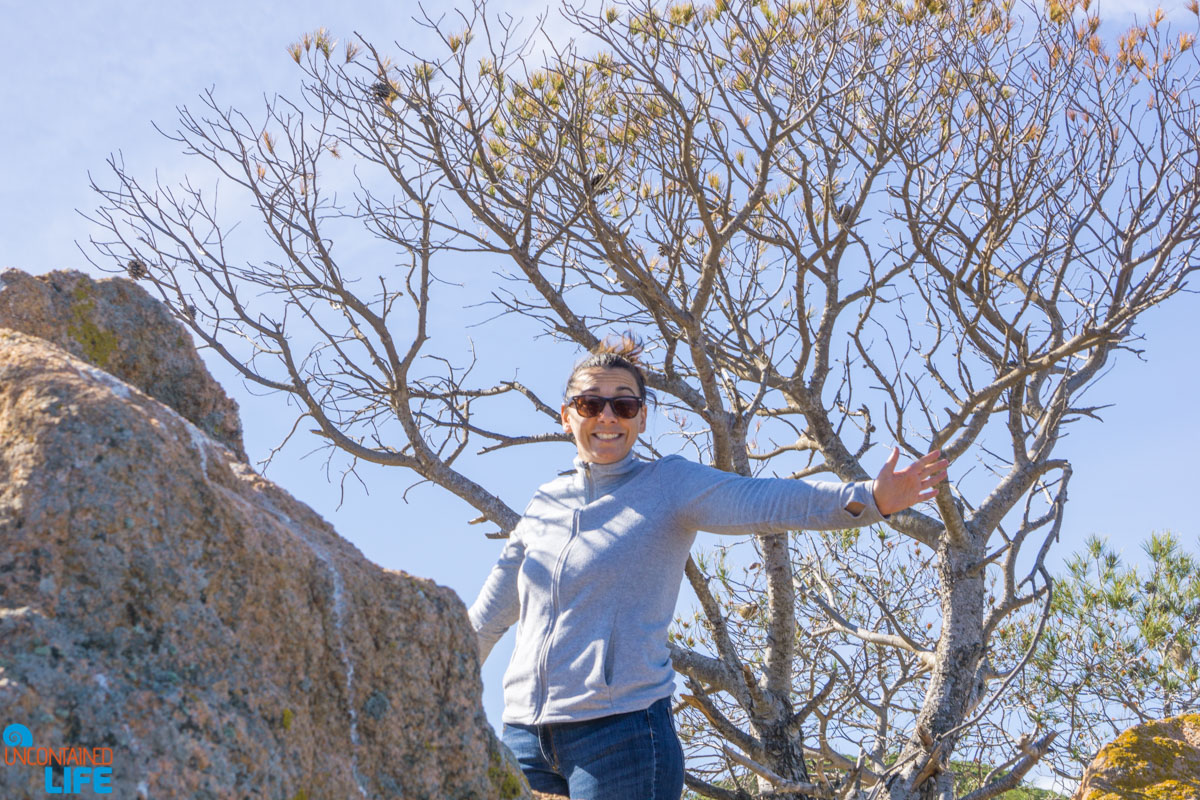 The view from above looks directly over a turquoise inlet. Beyond that, the long S’Agaró beach extends to Punta d’en Pau. 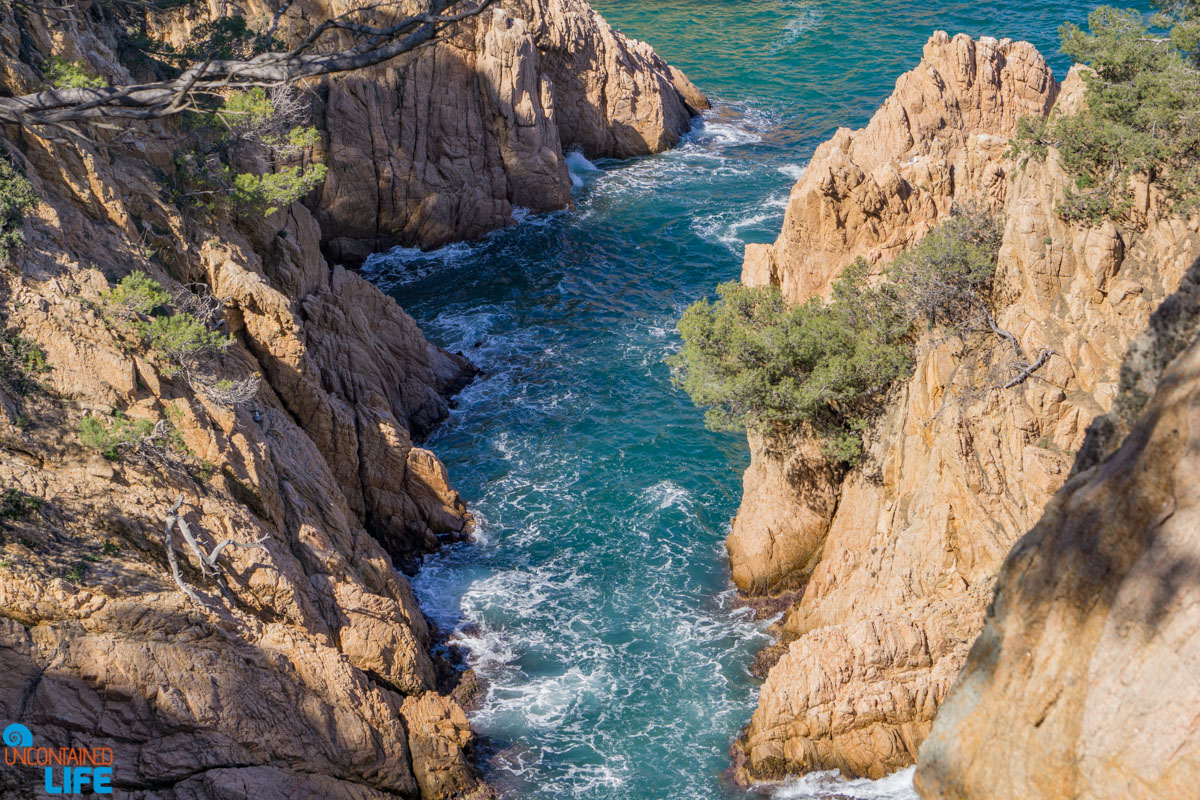 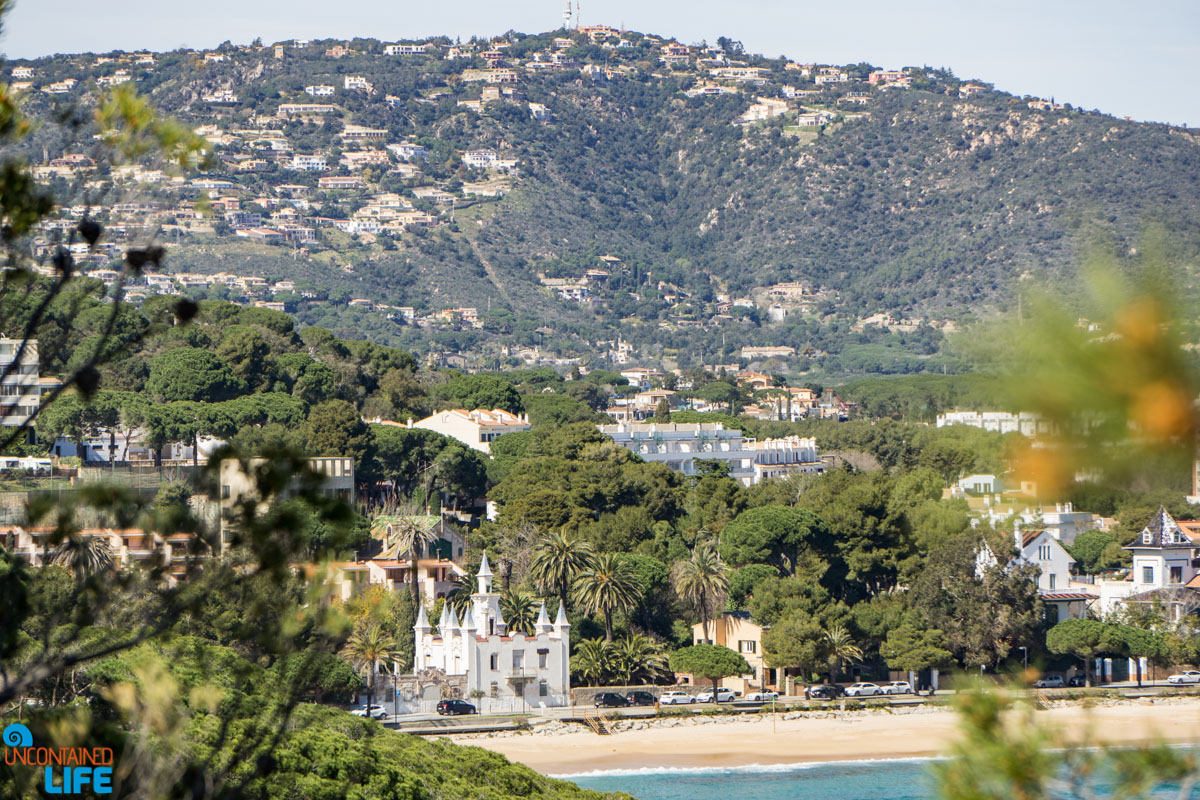 We only sampled a tiny portion of the GR92 while hiking in Costa Brava, but, it extends for miles, can be accessed from any town along the coast, and provides never-ending connection to beauty and nature.

This region of Spain has plenty to offer by way of castles, ancient cities, majestic cathedrals, inspiring art, delicious foods, and cultural vibrance. But, this coastline was here long before European development and hiking in Costa Brava serves as a reminder of the raw beauty nature can create.

Is Visiting the Sahara Desert in Morocco Worth It?