By UncontainedLife on December 2, 2014 in Blog, Destinations, North America 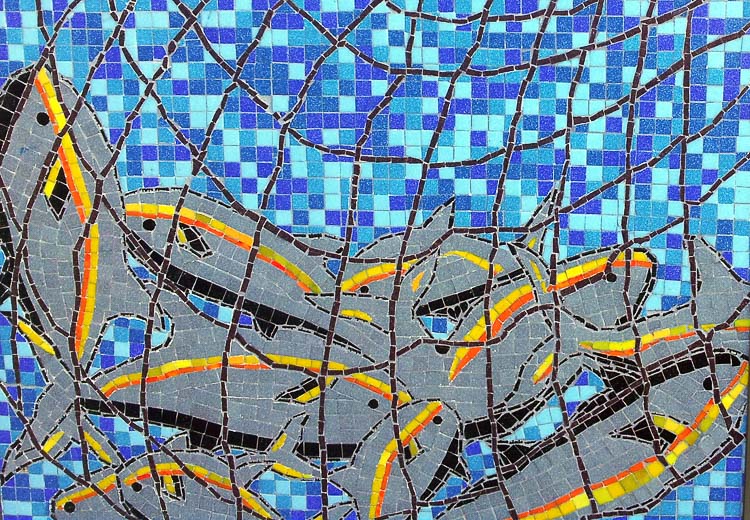 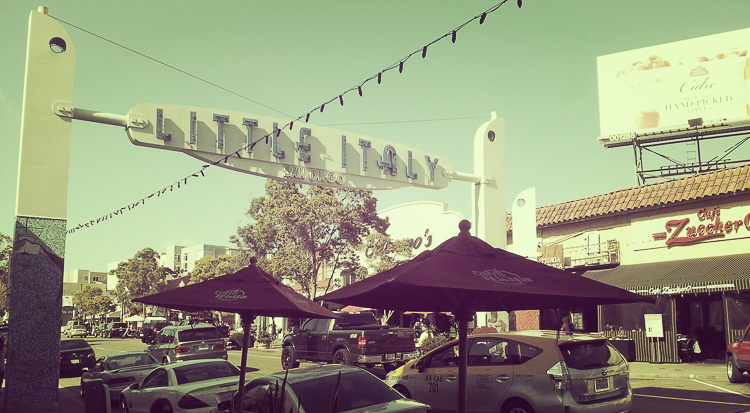 It’s the life-sized suit of armor which first catches the eye.  This gleaming, sleepless sentinel stands proudly at the entrance to the Convivio Society Center, at the north end of India Street in the heart of San Diego’s historic Little Italy neighborhood.  The newly opened Little Italy heritage museum and community center isn’t on most tourists’ lists of San Diego must-see attractions.  And discovering Convivio, like many of Justin’s and my Uncontained Life finds, was the result of a stop along the way to someplace else.

We’d just come from Mission Hills, one of San Diego’s oldest (and steepest) neighborhoods, where we’d stopped for a gander at an off-beat oddity: Edna “Scissorhands” Harper’s Topiary Garden. 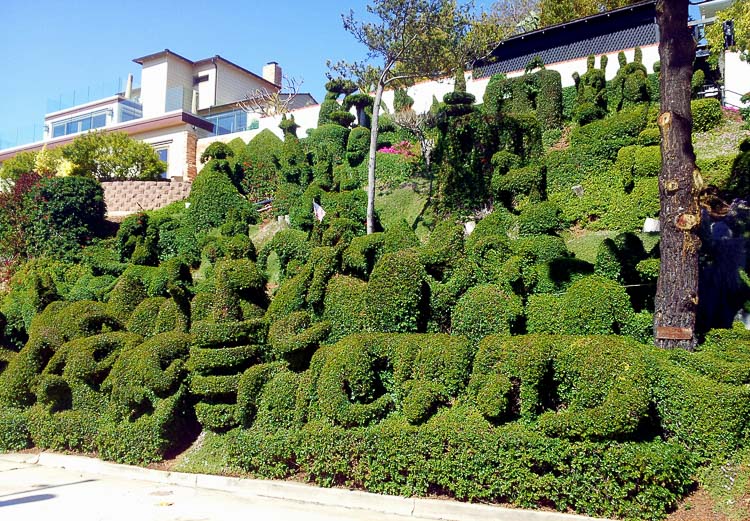 Can you find the cowboy?

Free and open to public viewing, this green hill features upwards of fifty figures inspired by Edna, and her husband Alex’s travels around the world.  It’s no Landew, but this labor of love, begun about 20 years previous, is definitely worth a quick detour if you’re headed into downtown.

We had no definite plans as we continued toward the city hub—maybe we’d go wander Balboa Park for a while?  But one thing we did know: we needed coffee. To that end, I proposed a stop in Little Italy—a once run-down district, that’s made a dramatic comeback in recent years.

Unlike Old Town which aims to preserve the look of the past wholesale, Little Italy is a striking mixture of old and new.  After finding parking near the south end of India Street, we headed north, passing the colorful fishing-themed mosaics which decorate the neon-lit Little Italy sign.  The chimes from Our Lady of the Rosary Catholic Church (founded in 1925) mingled with aromas emanating from Landini’s Pizzeria.  (Don’t let the somewhat wilted look of their pre-cooked pies fool you: once reheated, these thin-crust slices pack a major flavor punch, and their prices are a boon to your wallet!) 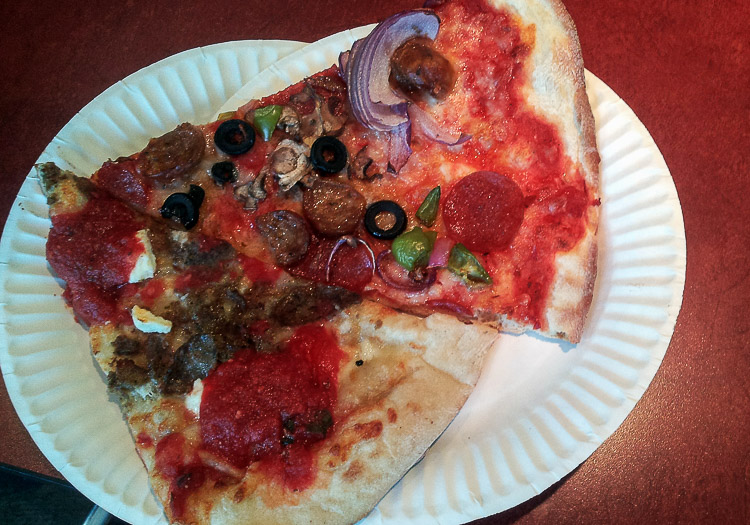 Just around the corner from a modern piazza dedicated to GySgt. John Basilone and the fallen soldiers from all of the wars of the 20th century, clapboard houses that were once the dwellings of immigrant fishermen, are now home to trendy boutiques like Vitrium, which features locally-made giftware with a Japanese flair. 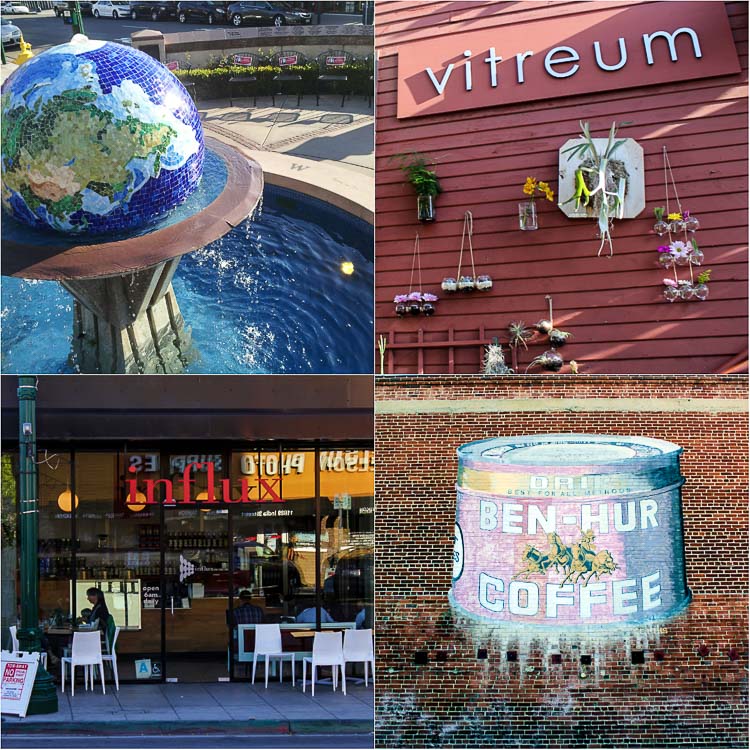 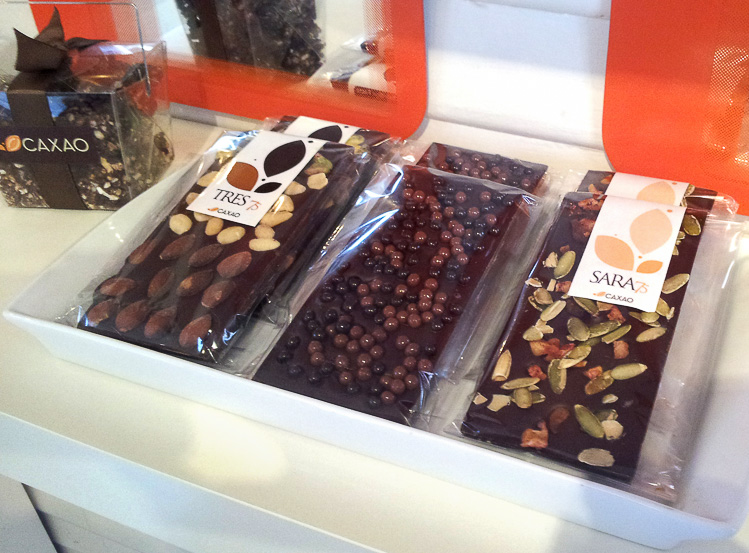 Artisan Chocolate to die for.

Across the street, the oldest house in Little Italy—the Victorian Gothic-style AW Pray House) sits nestled in the bosom of the ultra-modern Q-building, whose ground-floor tenant is Influx Cafe, a San Diego mini-chain that offers a terrific organic coffee blend.

Caffeine-boost securely in hand, we continued up the street, until, it appeared as we passed Mona Lisa Deli (one of Little Italy’s oldest family businesses), we were nearing the district’s end.  The buildings looked older, less colorful, and the aura of bustling bonhomie was fading.  But we did see one more thing of interest up ahead: a hand-lettered sign advertising craft beer tasting!  We were almost to the entrance to the tasting room when the aforementioned knight brought us up short.  A poster in the window identified the metal-man’s home as the Convivio Center.  Justin and I glanced at each other.  The beer could wait—we had to know what this place was all about. 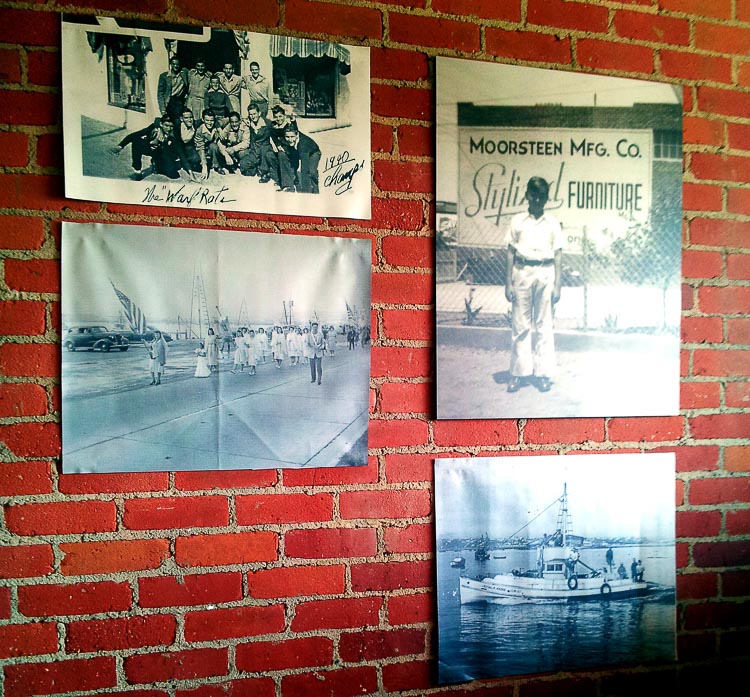 Inside the Center’s entrance, we were greeted by Jim Bregante, a native San Diegan, born and raised in Little Italy.  The brick walls at the front of Convivio are covered in black and white photographs, mainly from the 30s and 40s: Italian fishermen, their wives and children.  Jim explained the Center’s mission as both a testament to the past and meeting place for the present community by giving us a quick history of Little Italy, particularly its connection to the fishing industry

“After the 1906 San Francisco earthquake and fire, Italian fishermen and their families began moving to San Diego.  Tuna fishing in particular—in the first part of the twentieth century San Diego was the ‘tuna capital’ of the West.” 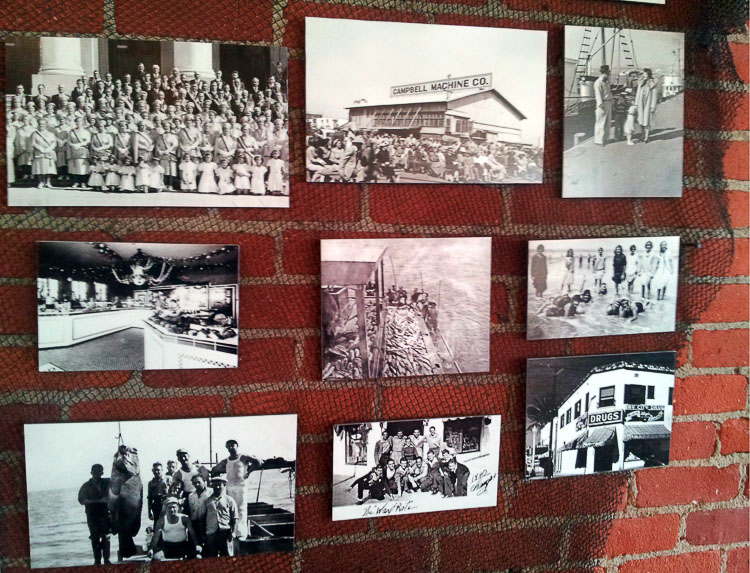 Along the far wall, there is a permanent display to the industry—still in the progress of being built.  As the displays illustrate, fishing was a tough and dangerous job.  We asked Jim if he any family members had been in the industry.

“I had two uncles who owned tuna boats [in the 40s and 50s].  I used to beg my parents…let me go fishing with Uncle Matt or Uncle Steve and they said absolutely not; it’s too dangerous.  …One of my uncles…he told me, ‘Jim, even if your mother and father had let you go, I would not have taken you out.’”  He smiled at the memory.  “I’m kind of glad, anyway.  I don’t think I would have wanted to spend three months at sea with fourteen guys.”

Other parts of the large, open-plan room at the Center feature Italian movie posters.  There is a stage area where the Center’s many guest entertainers perform and where Italian-language films are screened (with subtitles).  Toward the back, there is an authentic 1950’s Vespa on display, and a space reserved for temporary art displays.  The most recent show featured paintings depicting some of the more than 400 Italian Americans that have played professional baseball since the 1860s. 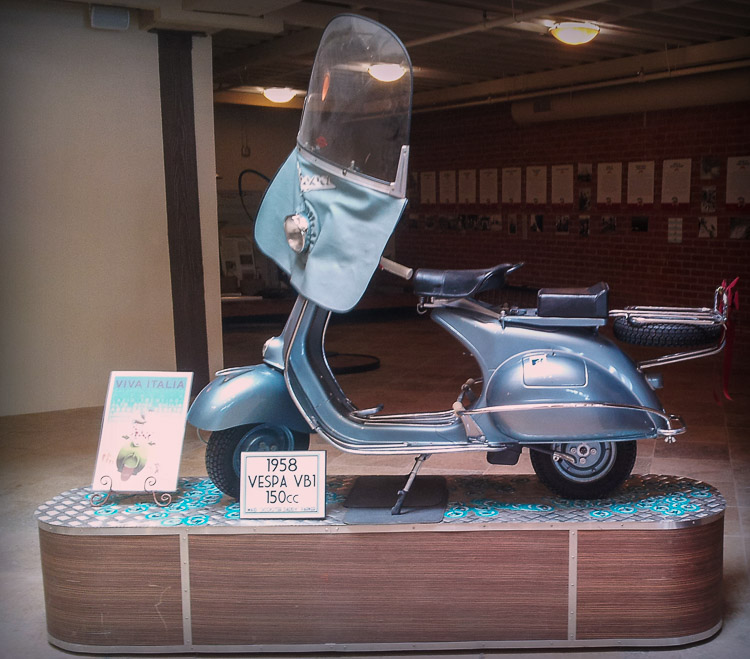 Jim encouraged us to check the Convivio website for the full list of events and exhibits: “There’s always something going on.  And even when there isn’t, we still encourage people to come and hang out on the couches.  This place is about community.”

Justin and I said our goodbyes and moved next door to Bottlecraft, a boutique beer shop and tasting room. As we sat in the airy tasting room, sipping a chocolatey stoat we talked about the Convivio mission to bring people together, to preserve the past and celebrate the present.  It seemed to us like a pretty cool thing—definitely in the old-meets-new spirit of the area.

“There is one thing though,” Justin said slowly.

“We never asked about the knight.  And…” he checked his phone, “the Center’s closed now.”

Guess we know where we’re making a stop next time we’re San Diego-bound! 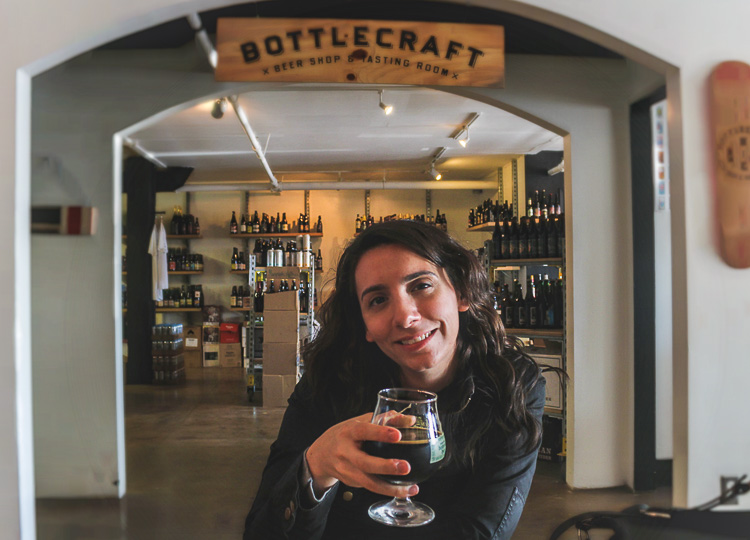 Enjoying a beer at Bottlecraft.