By UncontainedLife on August 8, 2015 in Asia, Blog, Destinations, Photography 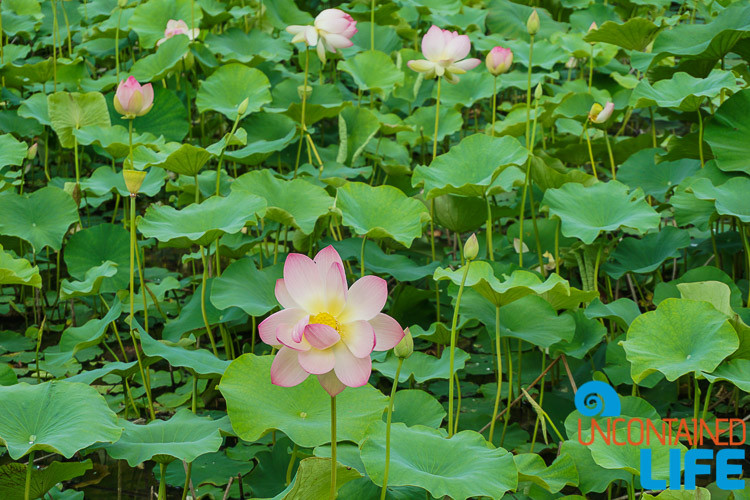 Hillary and I, along with our friends, Annette and Ammar, were nearing the end goal of our road trip from Seoul to Songnisan National Park in South Korea. That’s when the otherwise genial conversation became heated.

The topic of debate: should we listen to The Lego Movie’s “Everything Is Awesome” or not??  In the midst of one of my more brilliant points of argument (in favor), Annette pipped in: “Hey. Guys. There’s a lotus garden up ahead. Should we stop?”

“Yes! Stop right now! Are you kidding me? Stop!”

As soon as the momentum of the car had slowed to a semi-safe speed I jumped out of the car, leaped over the drainage moat and began to shoot this world of lotus flowers. 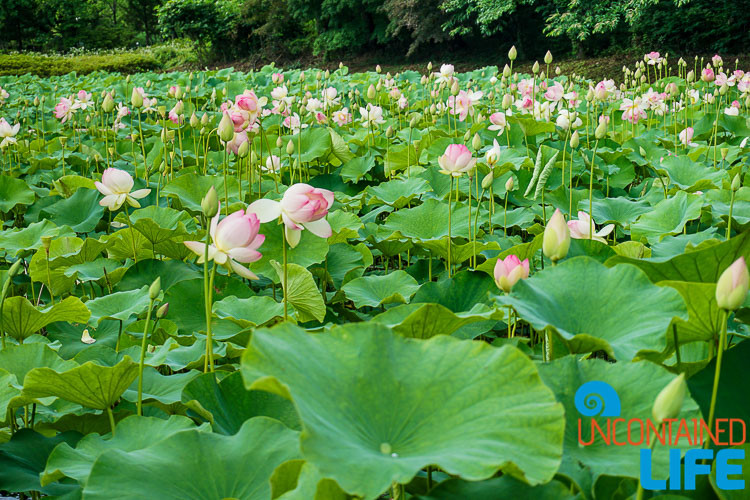 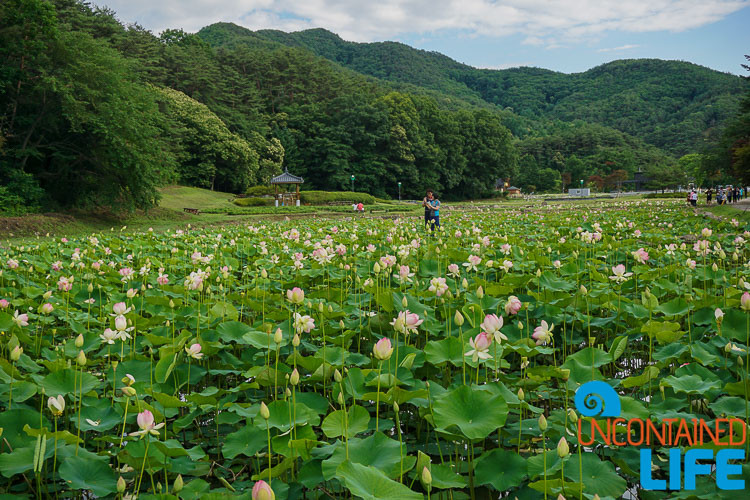 In addition to admiring the flowers in the lotus garden, some locals were gathering their evening appetizer: freshwater snails! 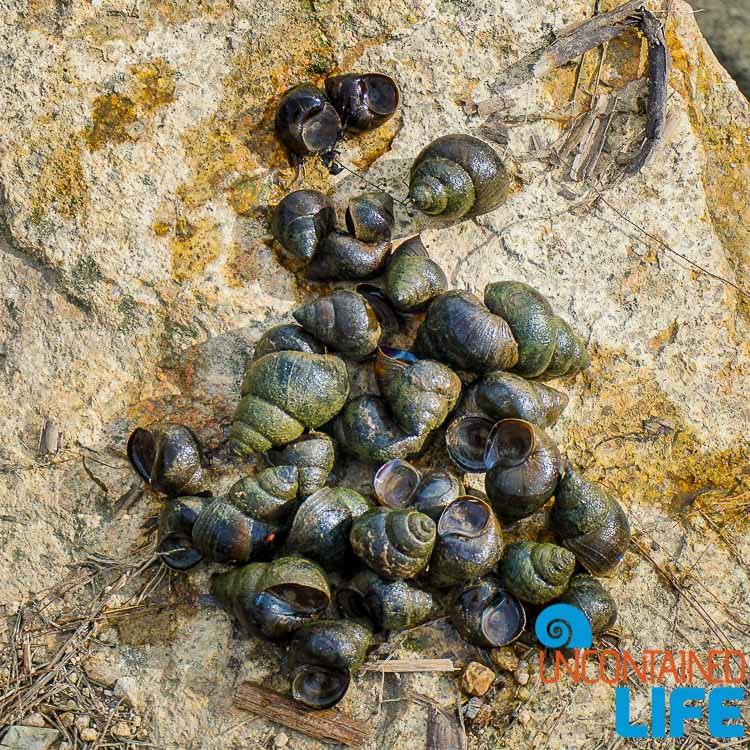 The blooms themselves were amazing, but to be honest, I was just as impressed with the size and shape of the lotus’ flowerlike leaves. 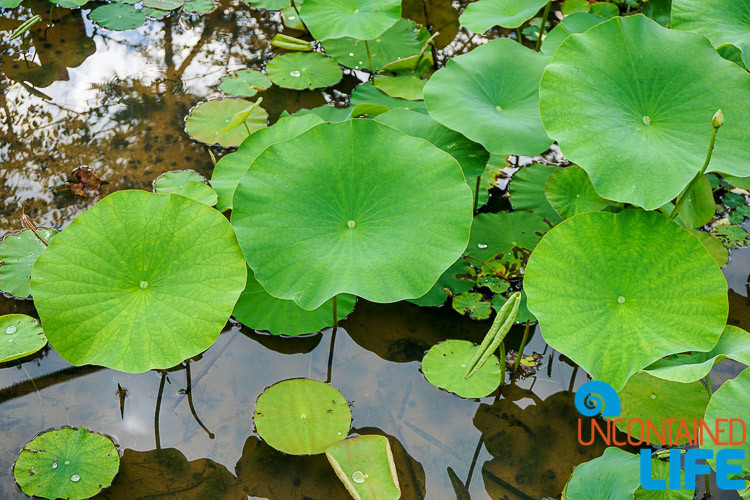 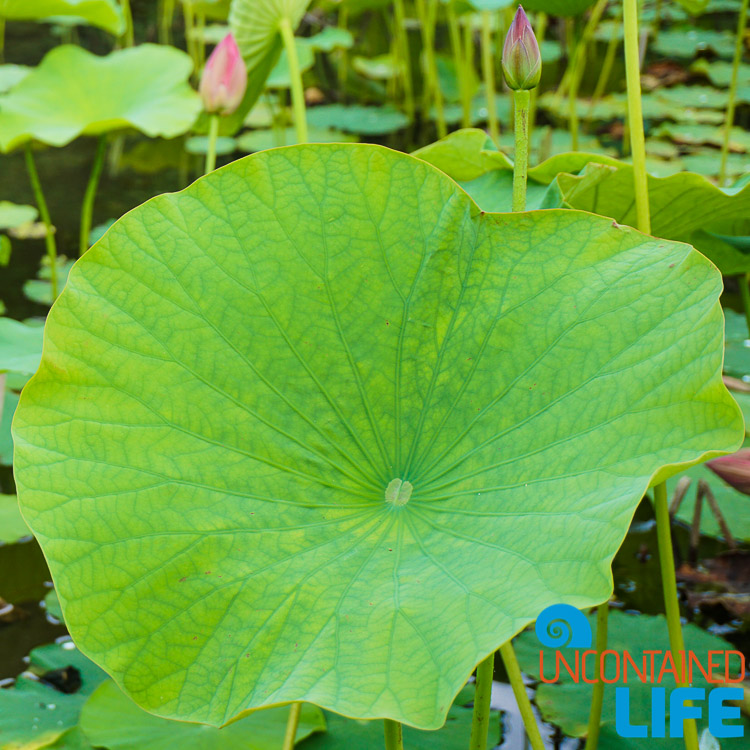 Of course, you can’t be the middle of floral beauty and not document the fact that You Were There, so I lined up the road trip troops and snapped our proof of attendance. 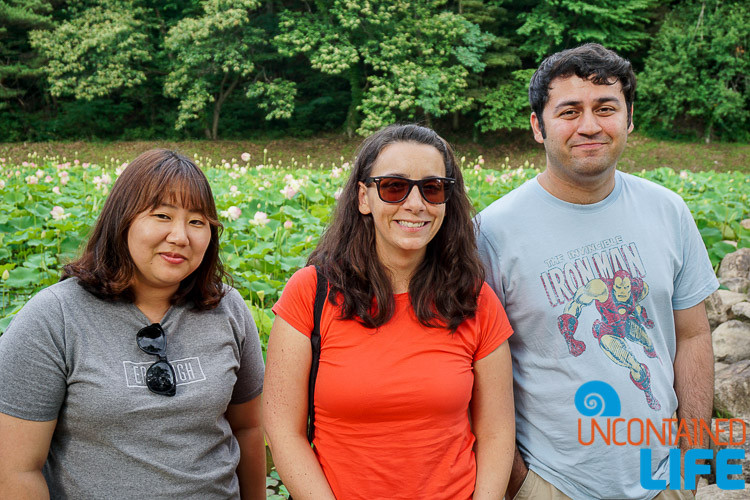 It was difficult for me to not toss my shoes to the side and jump into the water to get closer to the lotus and lily pads. 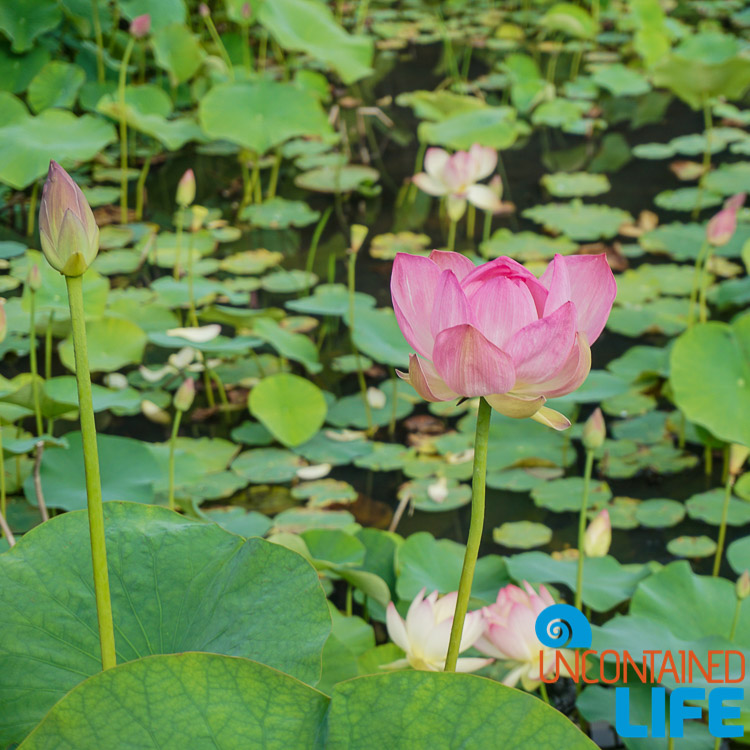 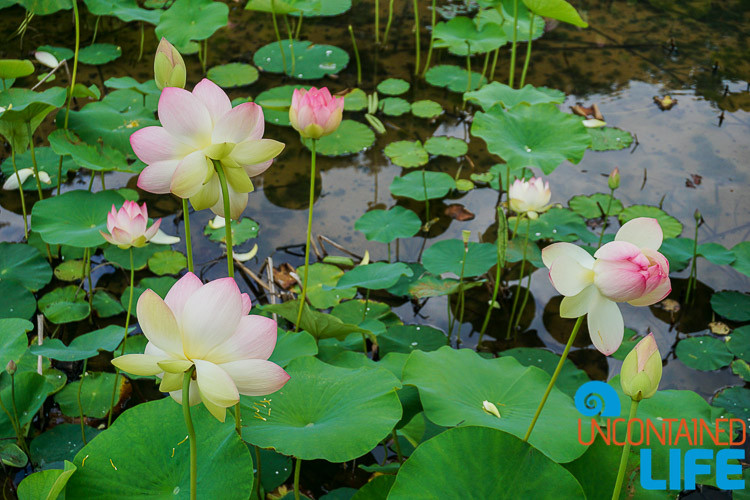 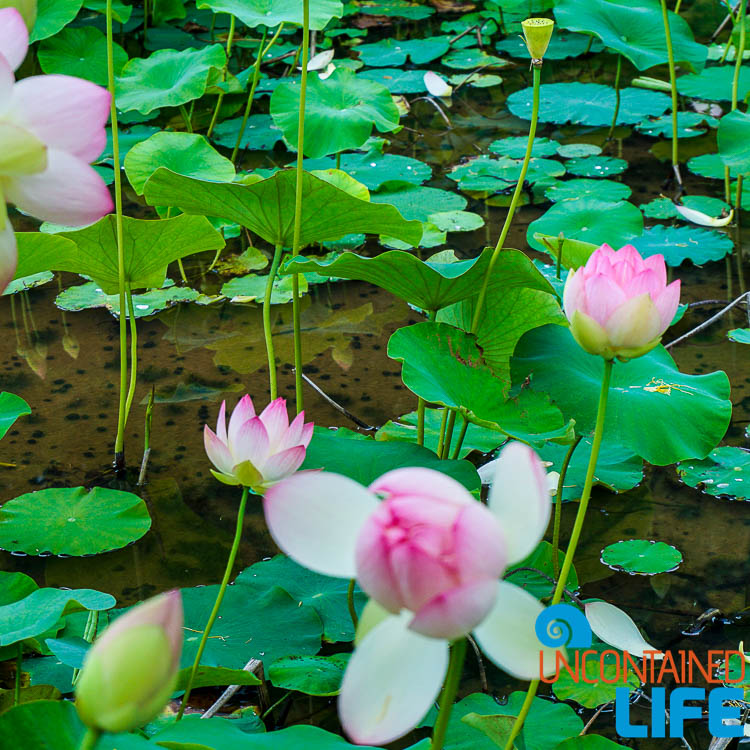 And I couldn’t let an opportunity pass to add a little romance into the mix. After all, a lotus garden is like a giant bouquet! (right??) 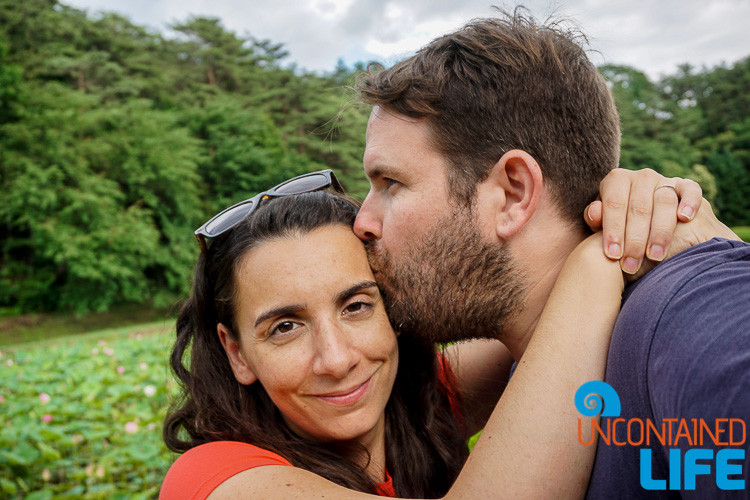 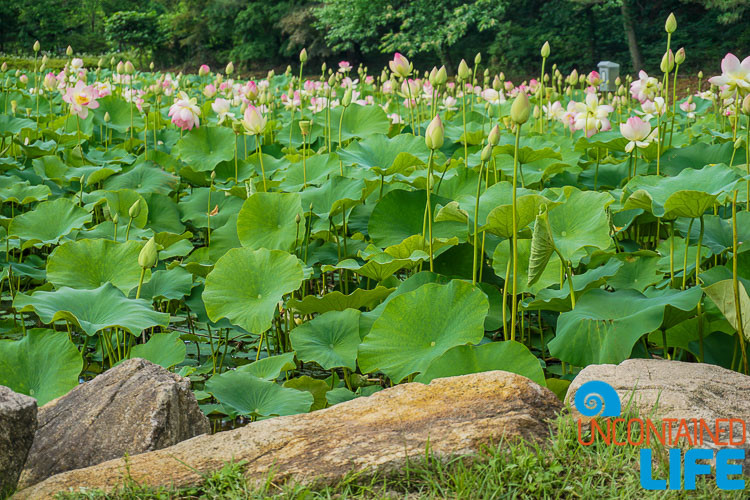 Each flower was at its own development stage, had its own floral personality, and demanded admiration. 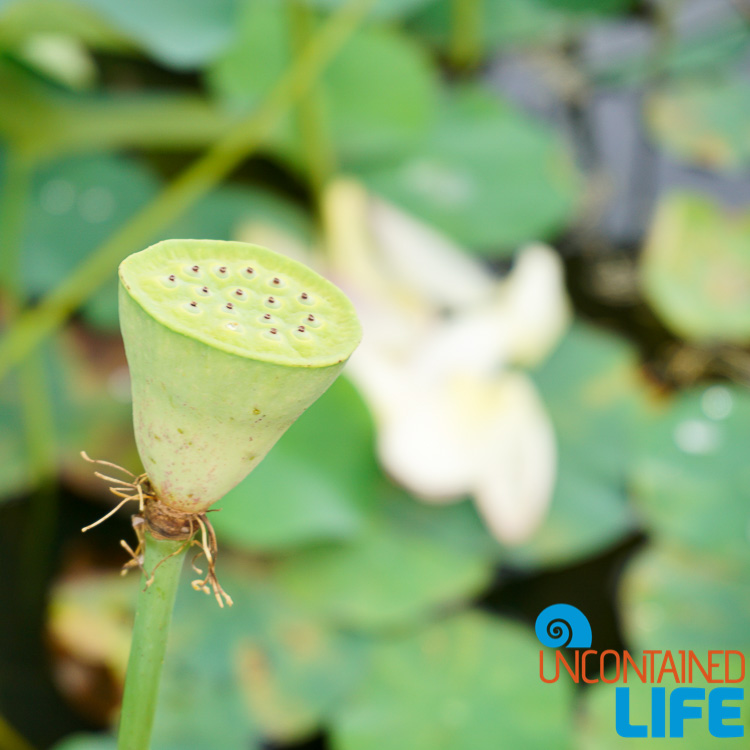 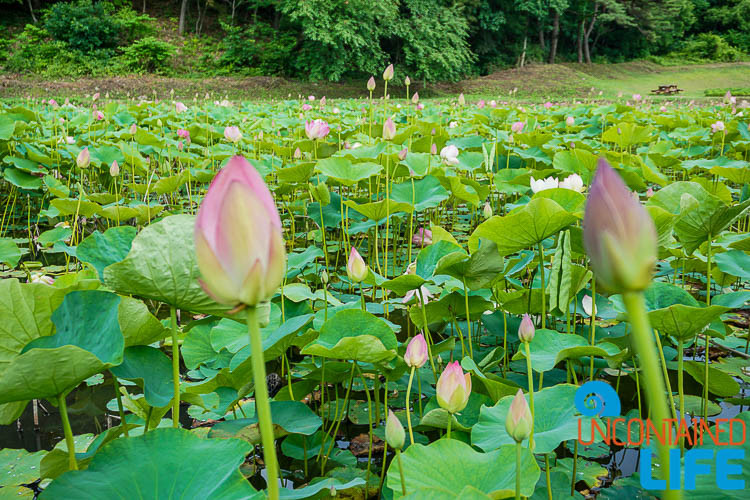 But the beauty prize went to the obvious contender: 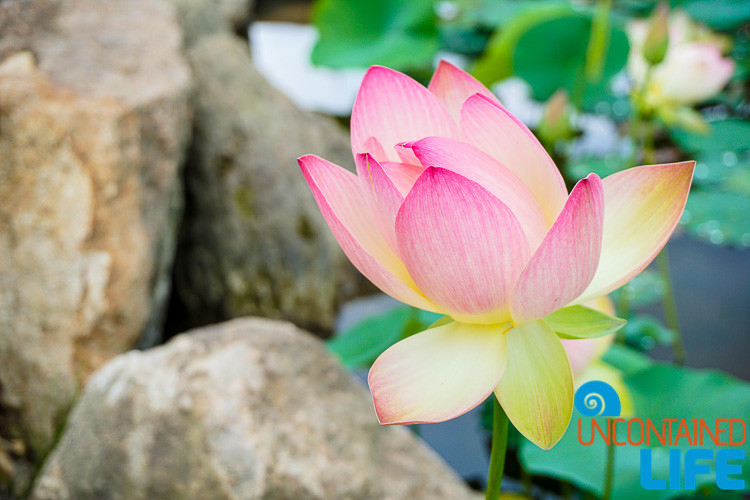 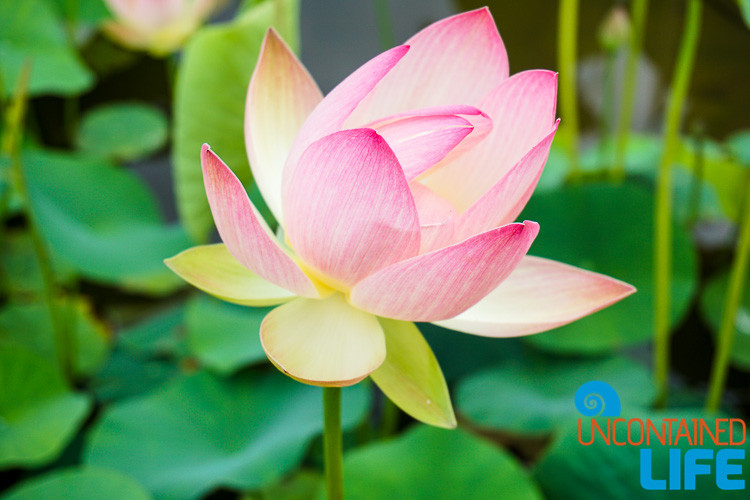 Time was flying and had to keep moving so Hillary dragged me away from the floral show and we continued down the road. Needless to say, after that stop, it was settled: we would definitely listen to “Everything Is Awesome!” 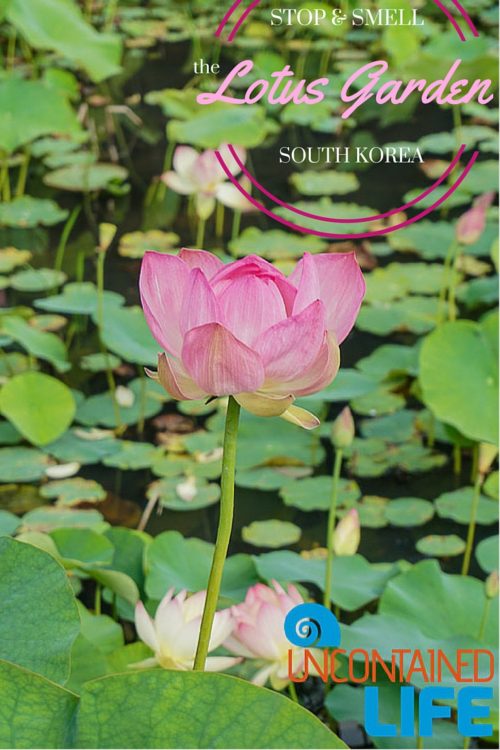