By UncontainedLife on November 23, 2015 in Australia, Blog, Destinations 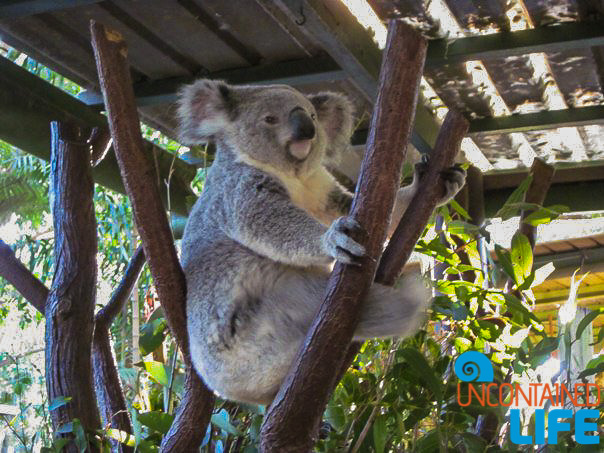 If you’ve ever pursued a Buzzfeed list on the subject, you’ll already know that Queensland Australia is home to some of the most beautiful natural sights and exotic creatures in the world…and they’re all out to kill you. Ok, maybe that’s the creatures more than the sights, but, clearly, they work in tandem: the golden beaches draw you in… 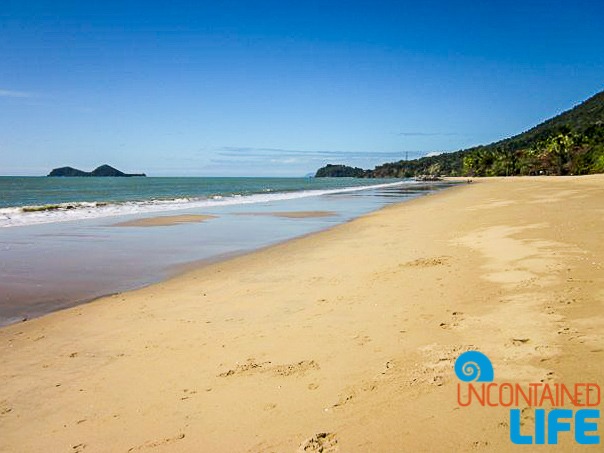 …then the jellyfish make their move. 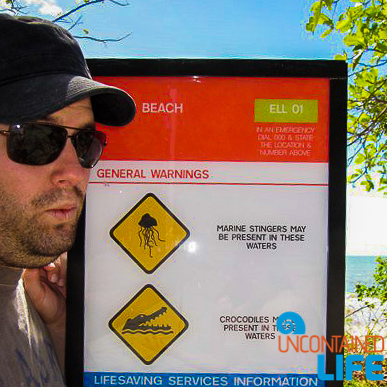 We’d heard about these bait and switch tactics: the beautiful stream where devious crocs who lie in wait for the unsuspecting tourist and all that jazz. (And we’d seen the highway signs warning drivers of the giant, car-eating cows that, apparently, run rampant across the landscape.) 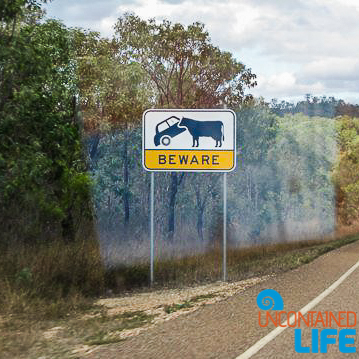 But during most of our road trip through Queensland (we wanted an adventurous honeymoon), Justin and I saw only the lovely side of OZ. 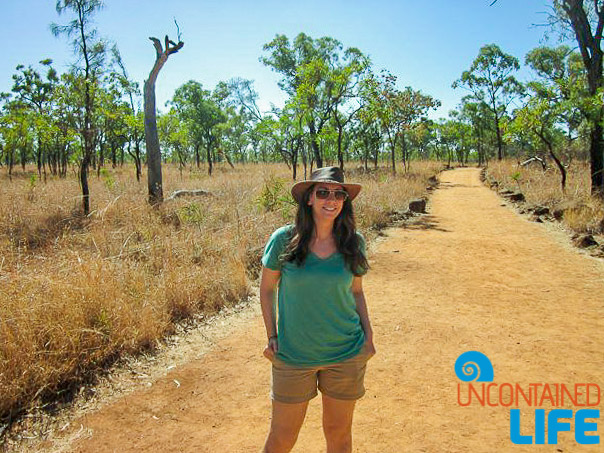 Of course, we’d already been softened up by interactions with pint-sized ‘roos, and cuddly koalas in a sanctuary near Brisbane… 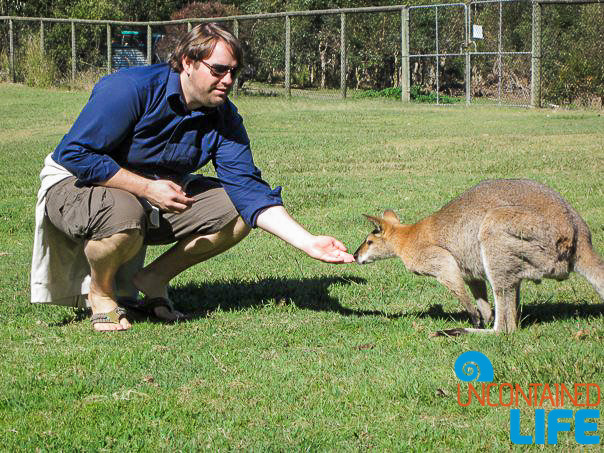 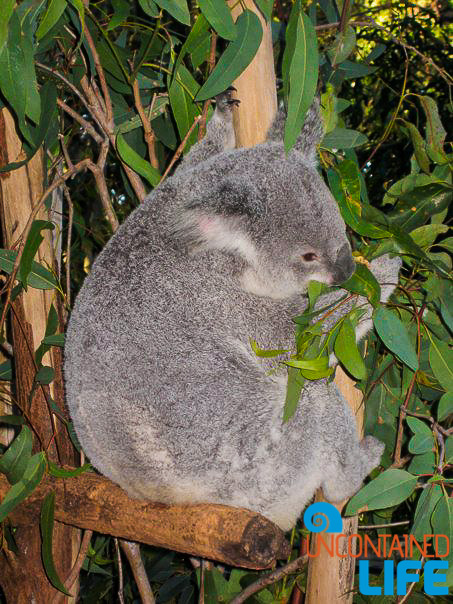 …but in our first time out in Australia’s “real” nature the most frightening beasties we encountered were the wild turkeys which we spotted during our hike through Mossman Gorge. 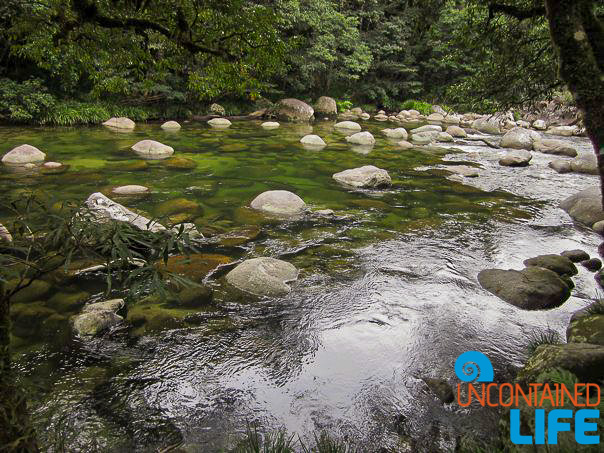 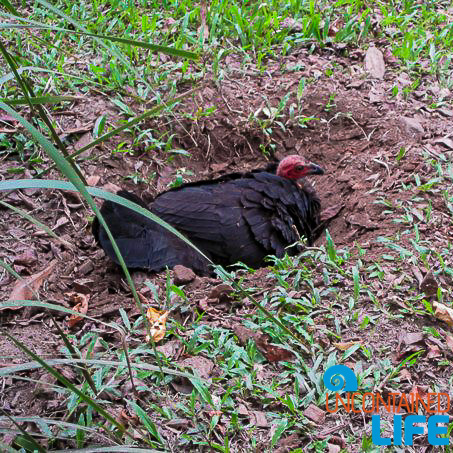 Our drive from Port Douglas to the Millaa Millaa waterfalls took us past gorgeous green farmlands filled with, what we can only presume are the CARnivorous cows…but they didn’t try anything with us. 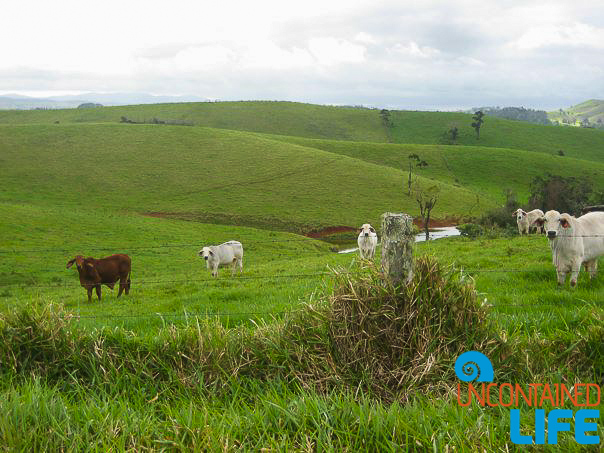 And neither the Curtain Tree nor the waterfalls themselves seemed to be hiding anything devious either. 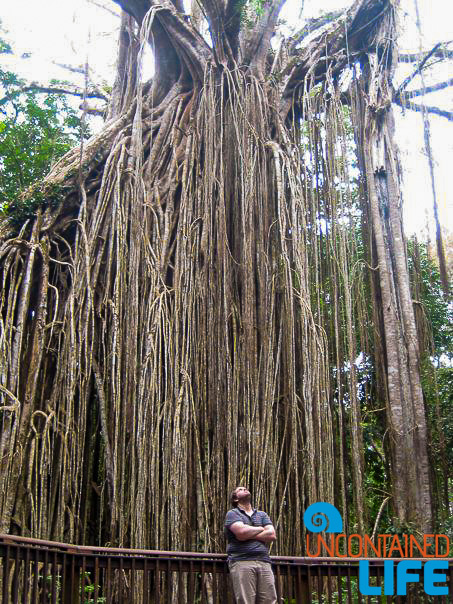 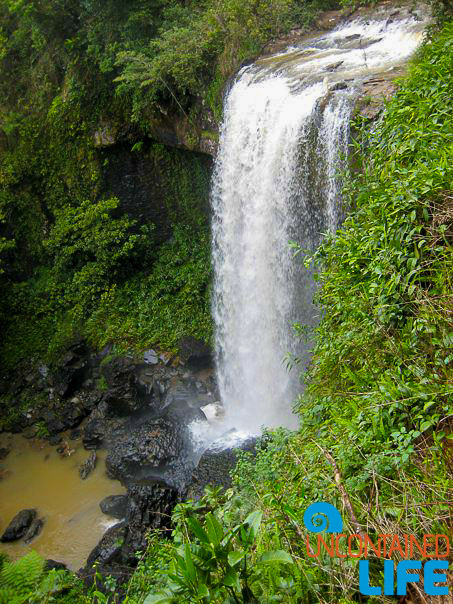 On our way to see Undara’s famous Lava Tubes (did you know Australia used to have volcanos?), we had wondered if our first night “out in the bush” might yield any frights… 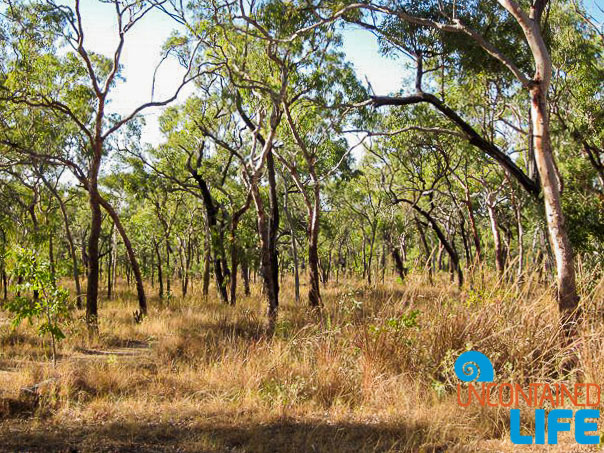 …but in truth the most terrifying thing was our less-than-sexy plastic “swag” tent. 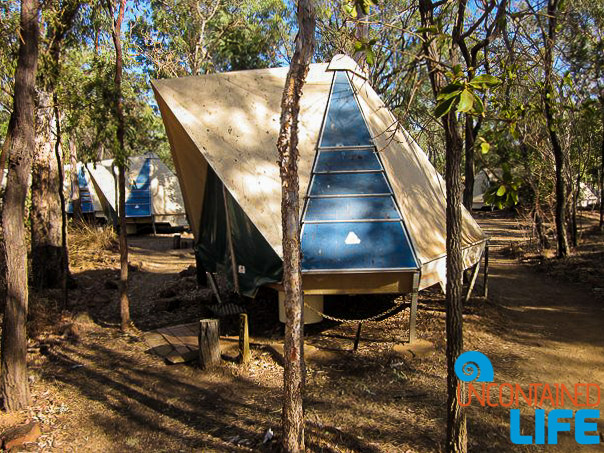 Even our bush breakfast visitors were more adorable than anything else. 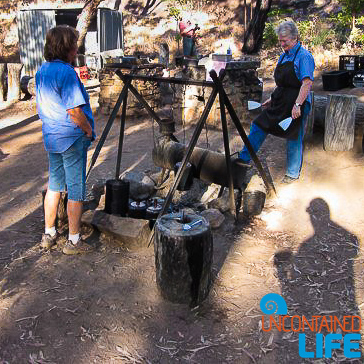 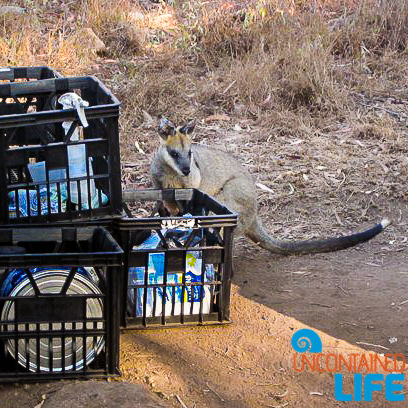 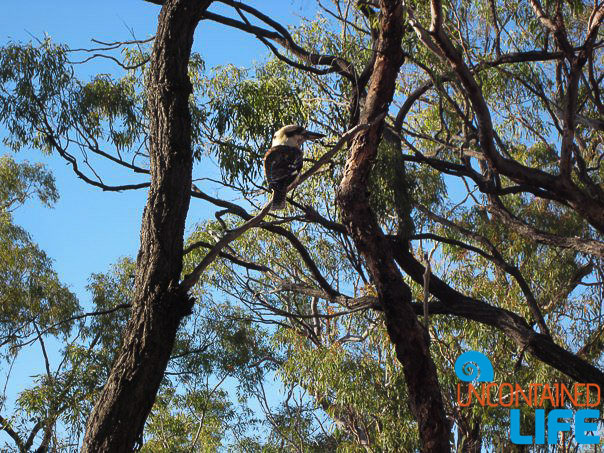 By the time we’d arrived in Mission Beach at the Yoga Retreat/ Jungle Resort, Sanctuary, we had let our guard down. After all, it would be difficult to focus on Warrior Three pose if we were actually worrying about an enemy attack. 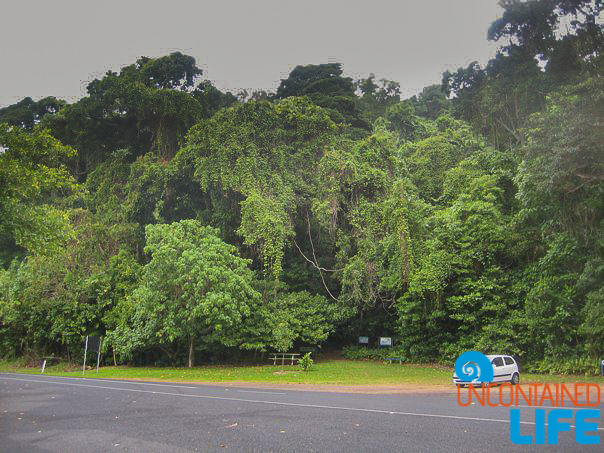 Then, as we were settling into our bunks that night, we heard a sound. *Plip Plip Plip…* Hmm. Rain. It was supposed to be the dry season. Ah well. We liked a bit of weather (rain being an anomaly in Long Beach, California). If anything it would make a nice break from the heat. We slept like babies that night.

In the morning the rain was till coming down in drips and drabs. Justin got up to shower but I continued to lie in bed listening to the soothing patter of the water on our roof. Then, suddenly, another sound began. Small. Subtle. What could it be? Then, another sound—a noise, really. Pounding footsteps. Curses.

Justin burst back into our hut with a roar. “What’s wrong?” I asked as he fought to catch his breath.

“Mosquitos,” he gasped at last. “Thousands of them. Everywhere. The rain must have brought them out.”

We pulled out our small cache of repellant and coated ourselves before venturing to breakfast…but it was like walking into a Biblical plague: no repellant was repelling enough. Wherever we went, the swarm followed and as we ran, defeated at last, down the hill from Sanctuary toward our little car we understood at last. Australia was indeed out for blood—even if it could only have it one tiny bite at a time. (That’s ok, Oz, we love you anyway.) 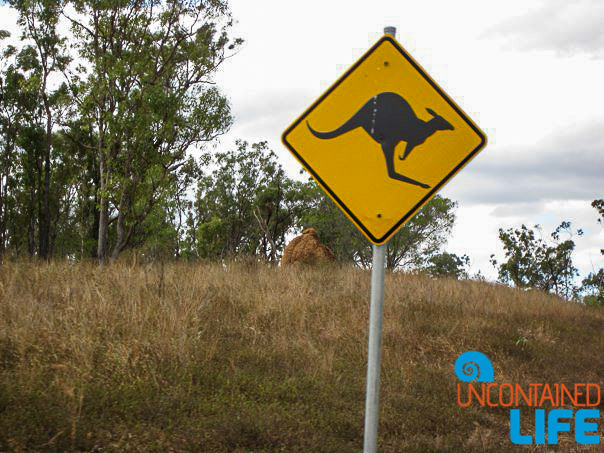 Tips for Renting a Scooter in Southeast Asia
Gobble Gobble! Memorable Meals from Around the World