By UncontainedLife on May 24, 2015 in Blog, Destinations, North America, Photography 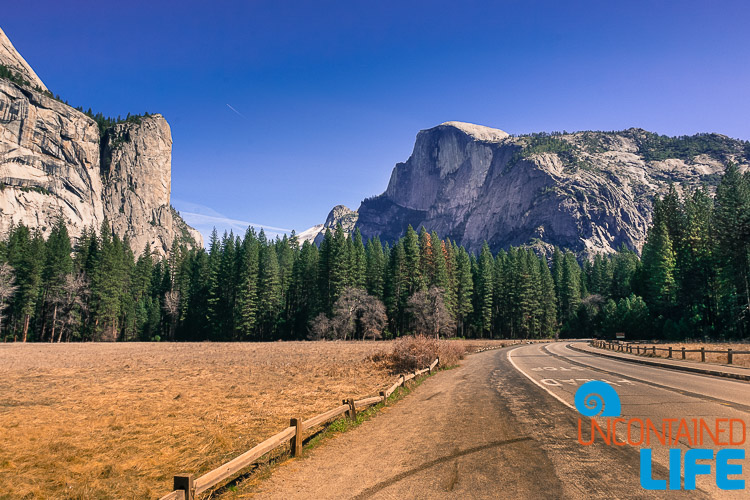 There is one place that constantly reminds me to enter any destination–even an old favorite–with new eyes: Yosemite National Park in California.

Hillary and I took a day trip to Yosemite just before we left on our worldwide journey. She had visited long ago and it had been a few years since I last explored my favorite national park. We are big fans of road trips (and by association, roads), but, for me, the road leading into Yosemite is special.

But each time I drive down that road and see El Capitain, it is like I’ve never been there before. I have to stop. I have to get out of the car. I have to marvel.

I think about the road leading into Yosemite park. And I remember why roads like that one were built: to lead people into the extraordinary; to start adventures; to take us somewhere that matters.